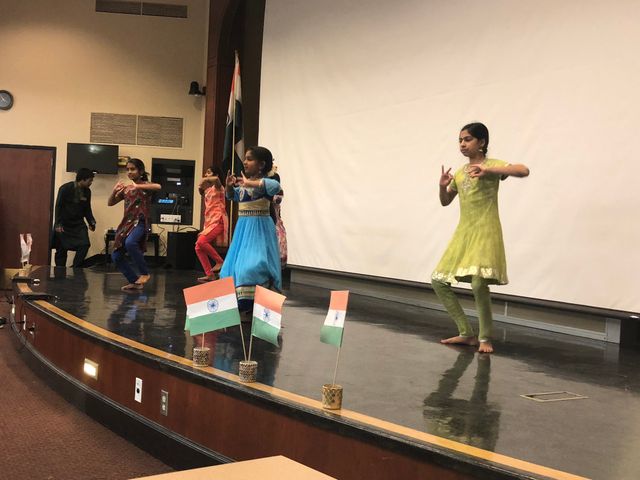 COLUMBIA — A day of celebration brought a culture with a lot of diversity under one roof.

Dhwani Parikh, the external affairs officer of MU's Cultural Association of India, said India Republic Day, which MU celebrated Saturday, represents the importance of one republic.
“It helps us understand that even though we have so many cultures in India, but we still come under one republic,” she said.
Parikh said India doesn't have an official language. She said there are 22 official languages and some unofficial.
The event included a program with guest speakers talking of the Indian experience, education, the importance of research on microparticles and the new era.
Jan. 26 marked India's 69th Republic Day, which is the day its constitution was formed.
“I always look at what's in the constitution now and how can we make better changes, so the generations to come will have better things to look forward to, ” Parikh said.
Following the program was a Republic Day celebration with song and dance. The dances included Bharatanatyam dance, Bollywood dance and Patriotic dance. All represented the culture in different ways.
The program has been celebrated on MU's campus in Jesse Wrench Auditorium for 30 years.
To keep up with Cultural Association of India, visit its Facebook page.