Community comes together to honor teacher killed in head on crash 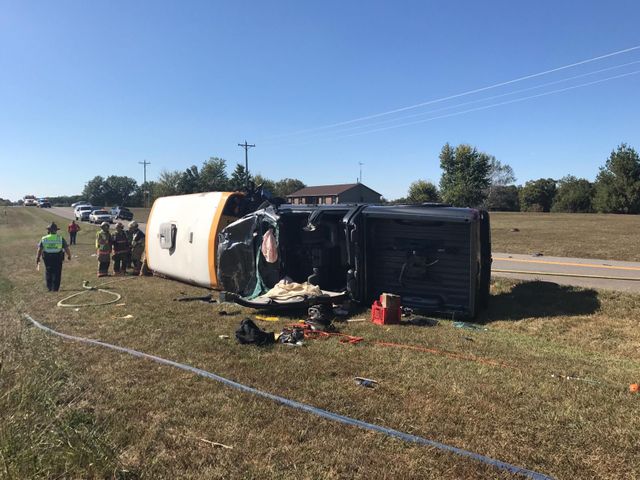 BOONE COUNTY -A Harrisburg teacher died and several other people were injured in a crash on Route F west of Sturgeon Thursday.

The crash happened shortly before 2:30 p.m. and involved a Harrisburg school bus and a pickup truck.

Officials at the scene confirmed the driver of the bus, Brian Simpson, died as a result of the crash, and the truck driver was taken to University Hospital by helicopter.

Five teenage girls, members of the Harrisburg cross country team were on the bus at the time; all were taken to a hospital with minor to moderate injuries.

The Harrisburg R-8 School District released a statement on Facebook confirming Simpson's death and announcing that school would not be in session tomorrow.

A memorial was set up on home plate with flowers, baseballs and candles Thursday night to honor Simpson.

The Harrisburg home football game against Fayette scheduled for tomorrow night at 7 p.m. has also been cancelled.