Community debates covering up parts of a war hero's memorial 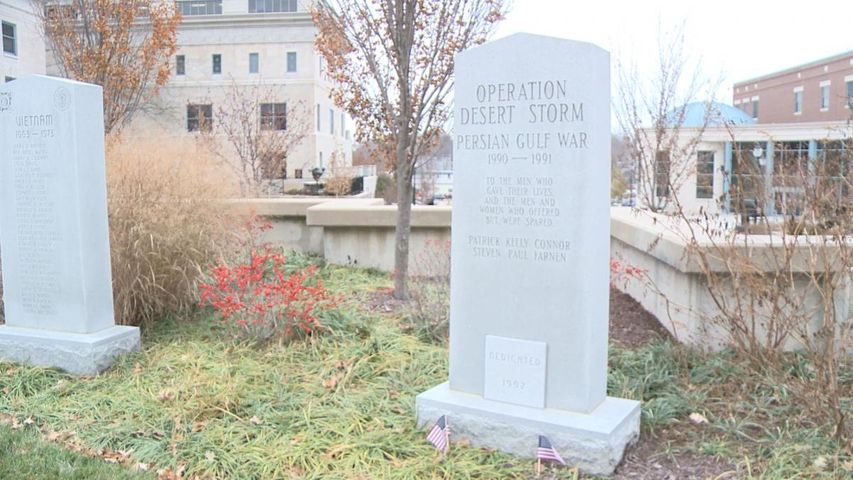 COLUMBIA - Community members met Tuesday to discuss the use of religious symbols on public property.

People who laughed when asked if they came to the discussion thinking they'd change their mind on the issue filled the room.

William Fisch, a law professor at the University of Missouri-Columbia School of Law, presented an overview of the constitutional principles in the area citing several Supreme Court cases. .

Overall, the Supreme Court is still divided on the issue of religious liberties. It has yet to make a ruling on something similar to the current issue in Boone County.

Bart Tichenor, an ordained Baptist minister, said he thinks covering up the religious symbol was the constitutional thing to do.

"No one has been denied their free exercise of their religion because that religious symbol has been covered," Tichenor said.

Columbia lawyer Brent Hayden said he thinks the symbol on the memorial should be allowed because it does not tell anyone what to believe.

"If we're coming to a point though, where passive symbols on monuments that are privately funded are somehow the speech of government or establish a religion, you wonder how far can we go at all," Hayden said.

Tuesday's discussion was only the beginning of the process. The commissioners were in attendance to listen to how the public feels before they make any decisions on what to do with the symbol.

The commission replaced the "Jesus fish" or ichthus symbol with a plaque that reads "Dedicated 1992."

The parents of one of the veterans recognized on the memorial said in November the county's decision dishonored veterans.

In November, the commission said it covered the symbol in June after a Washington, D.C.-based group threatened to take legal action against governments that allow religious icons on taxpayer-owned property.

The League of Women Voters sponsored the public forum over religious symbols on public property.