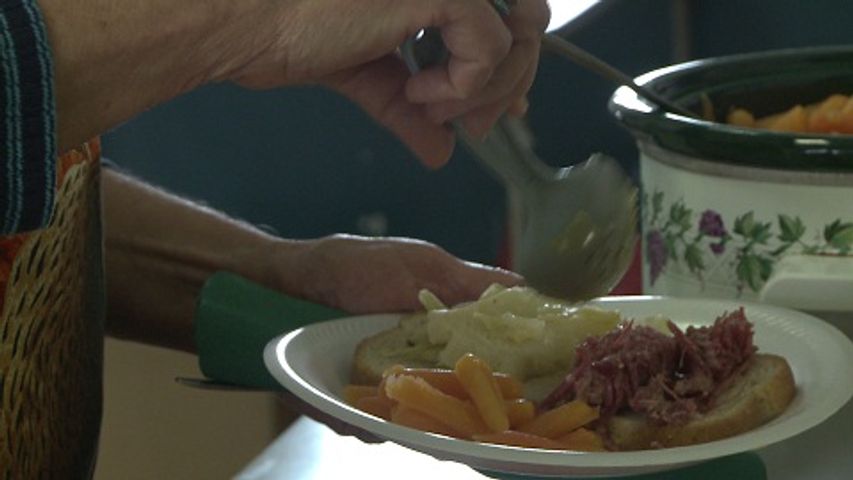 TEBBETTS - A small Missouri town declared the geographic center population of the 48 states holds a community dinner once a month. This month's dinner was held on St. Patrick's Day.

With more than 50 pounds of cornbeef and 40 pounds of potatoes Tebbetts dinner was prepared more like a feast.

The dinners started three years ago to help pay for the propane and electric bills for the community hall. Over the three years money has been raised for two new refrigerators, all new windows and a new furnace. The community hopes to fix the cracks in the floor and get the hotile across the street a new hot water heater.

Usually the community dinners anticipate 40 mouths to feed but ??? said when BBQ chicken is on the menu she has feed more than 125 mouths.

The Tebbetts Community Dinner is all you can eat for $7.25 unless you are over 90-years-old then it is free. Eikermann said, "I figured if you make it to 90 then you get a free meal for living so long."

The next dinner will be Friday, April 5 at 5:30 p.m. Fish and BBQ chicken are on the menu as the main dish. Eikermann said not to worry about running out she plans to purchase 60 pounds of chicken and 30 pounds of fish.