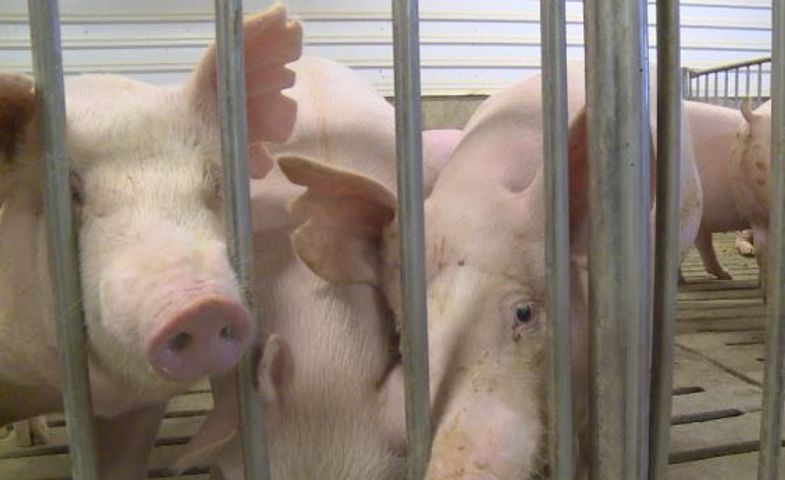 TIPTON – Residents gathered at the Tipton Country Club to voice their concerns about the potential building of a concentrated animal feeding operation (CAFO).

The Missouri Department of Natural Resources held a public hearing to understand their concerns from a community perspective.

A CAFO is a farm where animals are raised in captivity to produce large numbers of offspring. Whenever a farm holds more than one thousand animals, it must go through the department of natural resources to obtain a permit. The natural byproduct of housing so many animals is, of course, manure, which the department says will not be an issue.

This particular CAFO would house roughly 7,000 pigs and the department says their byproduct would be spread in nearby fields as fertilizer.

Susan Hodges’ family has farmed in Cooper County since the early 1800s. She believes that a farm’s job is to help provide for the community, rather than put it at risk.

“I’m not opposed to agriculture,” Hodges said. “My husband and I are farmers and we have been caretakers of the land and water we use. This is an opportunity for us, as citizens of this community, to take a stand and have our voices heard.”

Hodges believes that such a large operation will be held to a different standard than that of local privately owned farms.

“We have kind of sold out to the almighty dollar,” Hodges said. “This is an important issue; people need to realize how it effects us at a community level.”

Gorden Wray, environmental specialist for the MDNR, believes this CAFO would have a minimal impact on its surrounding community.

“The manure will be used in such a way to minimize odor and any negative effects,” Wray said. “Each CAFO facility is held to the same standards as far as compliance with the department goes; we would never approve something that would cause the community harm.”

After Wednesday’s public hearing, the department will go into closed meeting sessions where they will discuss the potential future of this CAFO and whether or not it will be built in the coming weeks.