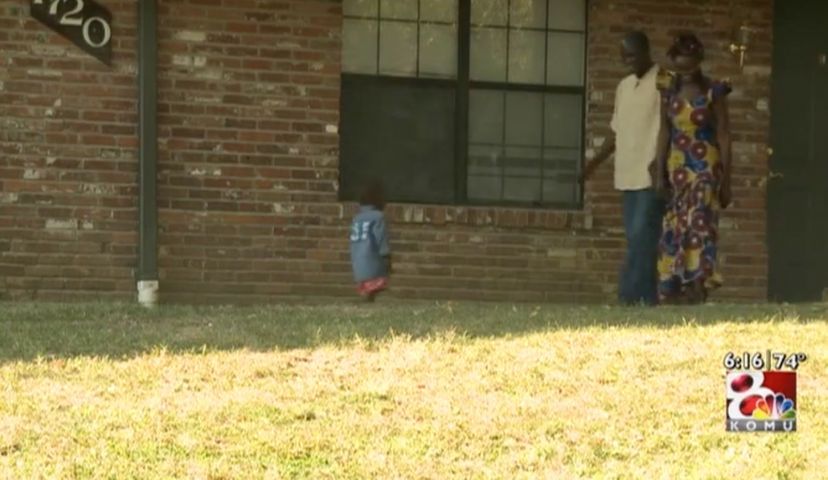 COLUMBIA – Moving into a new household in a different neighborhood can be a tough transition for some. Getting to know the area and meeting new neighbors can be a challenge.

The change can be even more difficult for refugees.

From October of 2015 to September of 2016, 229 refugees were resettled in the Columbia area, most of them women and children, according to Refugee and Immigration Services, a Jefferson City based organization.

The refugees came from Eritrea, Iraq, Somalia, the Democratic Republic of Congo, Cuba, Ukraine, and many others countries from around the world.

For John Akuien Garang, 37, it’s been a difficult transition, but nothing can overshadow the opportunity he was given.

Originally from South Sudan, Garang left his war-torn country as a child and lived in a Kenyan refugee camp for more than 20 years. But after he was resettled in Columbia, he said, he felt less pressure in raising his family.

There are organizations and people in the community who help the refugees ease into their new lives.

The Adult Learning Center offers free English classes to anyone who attends an orientation and is willing to go to class.

“Our focus is on daily living, life skills, and workplace readiness," said Stephany Schler, coordinator at the Adult Learning Center

She said, "Our teachers are dedicated and this program really helps those who are here and are trying to learn.”

Jeanne Lambson, a music instructor, takes one day out of her week to teach a class about how the Columbia bus system works. She heard about the volunteer opportunity at her church. Now, she said, it’s the simplicity she desires for refugees that keeps her volunteering.

“Most people in the world just want a life. Raise their family. Work. Have happiness in their life,” Lambson said.

For one man who came to Columbia as a refugee seven years ago, it’s the sense of community that is really helping Columbia move forward.

“If you, as a community, stand together, you can achieve a lot of things,” said Nadeem Ramiydh, case manager at Refugee and Immigration Services.

Details on how to volunteer or donate are on the Refugee and Immigration Service's website. The Columbia office is at office at 201 West Broadway.