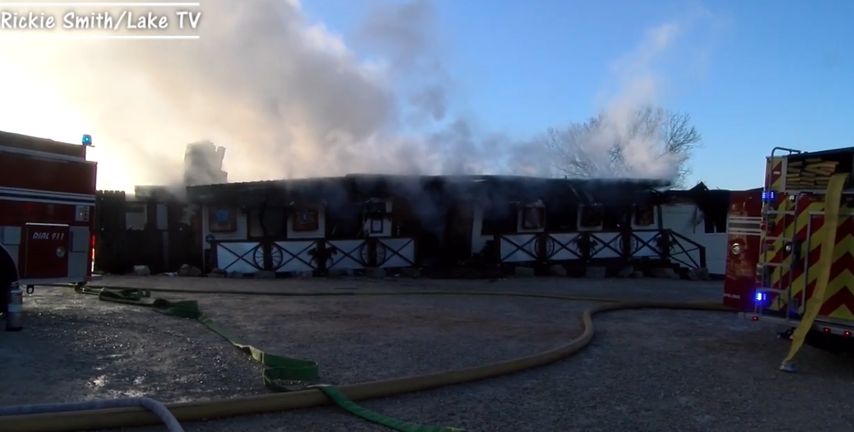 SUNRISE BEACH - Community members are helping the Branding Iron Restaurant and Saloon owners rebuild after a fire destroyed their business on Saturday.

Kelly and Laurie Preator own the restaurant and were devastated when they learned their restaurant burned to the ground.

The Preators said March 16 was supposed to be their biggest day for business all year.

"On March 16, that we do in two weeks...that morning we woke up and and it was done," Kelly Preator said. "It was gone."

They are known in the community for helping those in need, but especially first responders.

"My wife was a police officer for 15 years and for her to put on that gun and badge and go out in the community it means alot to me," Kelly said.

He said it is his mission to give back to those who serve the community.

Jake Dill is a friend of the Preators and member of the Osage Beach Fire Department. He said the Preators have consistently provided food and support for their fire department.

"First responders, anything for us," Dill said. "EMS, fire, police, they are always willing to help us out anytime. When we do trainings, as far as providing food and stuff like that, really they'll just give you the shirt off their back to anybody that is in need of help."

When KOMU 8 News asked Kelly Preator if he is fearful for the future of rebuilding he responded with hope.

"No....no...because I have a strong community to back me up," Preator said. "I have my firefighters, I have my ambulances, I have them all. Whatever is lost in here can be replaced."

The outpour of love and support on social media and beyond has helped the Preators get through this.

"The love for this community will always going to be here," Preator said. "And the love we're getting back is totally awesome."

He said he is worried about providing for his employees during this time but hopes to help them in any way that he and his wife can.

Preator said he is grateful to the community for helping them in their time of need.

"We're always giving and it's hard to receive, so we'll see what happens," Preator said.