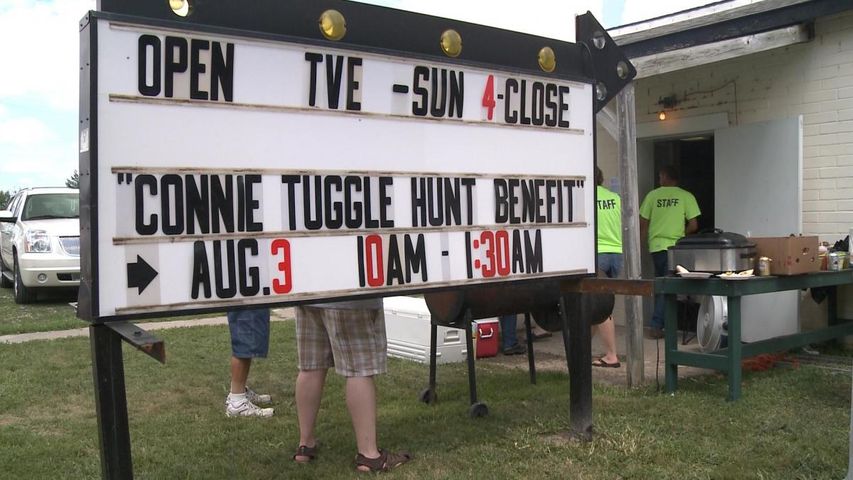 HIGBEE - Higbee residents held a fundraiser for a woman who was badly burned after her husband set their home on fire.

In June, Connie Hunt was in her home when her husband, Willy, set it on fire. Today, community members looked to raise money to help Hunt pay for medical bills and replace the possessions lost in the fire.

The Higbee VFW post 3014 hosted the event. The fundraiser included a barbecue, auction, horseshoe tournament and live music. All of the money raised in the event will go to Hunt.

The organizers of the event said they hoped to raise $7,000 by the end of the day.