Community Meets To Strategize Against Violence 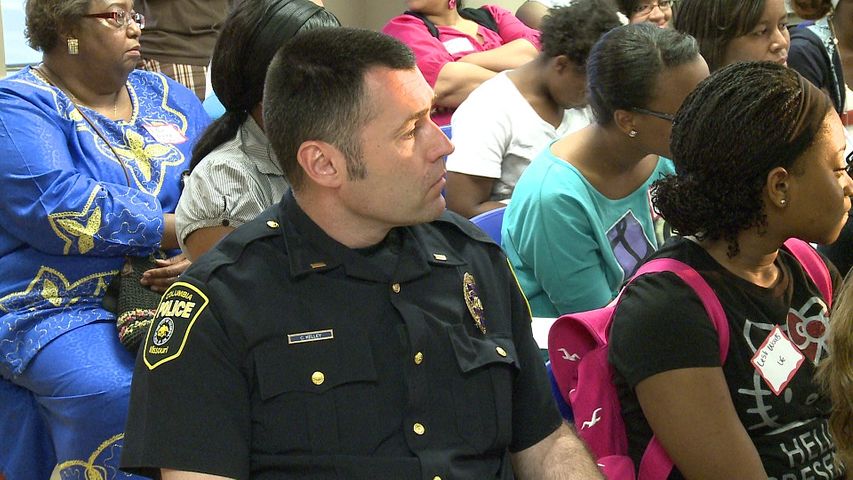 COLUMBIA - A group calling itself Columbia Community Nonviolence Initiative  held a meeting Tuesday to brainstorm a strategy to combat violence in Columbia.  There have been two shootings in the last two months sparking a call to action to tackle the problem.

The initiative's communications coordinator, Jonathan Lowe, said the group came up with a structure for the movement going forward at Tuesday's meeting.  He said the group's intention is to work slowly and come up with a game plan to promote its message into the future.  He mentioned three groups that were formed in the meeting - one that would focus on empowerment, another that would train volunteers working with at-risk teens and a group that would brainstorm activities.

More than 50 people showed up for the meeting at the Armory Sports and Recreation Center.  The group consisted of community leaders, adults and young people.

This group was behind the Silence the Violence March on Saturday.  Multiple people in the meeting spoke highly of the event and said they were impressed by the turnout from the community.  But, one woman spoke up saying she didn't feel like Saturday's march reached out the teens engaging in violence.

Lowe said he is optimistic about the group's goals but he said it will take time to see if the group's efforts spark change in the community.  The group's leaders said the initial goal is to come up with activities and goals and after that they will figure out how to fund their programs.