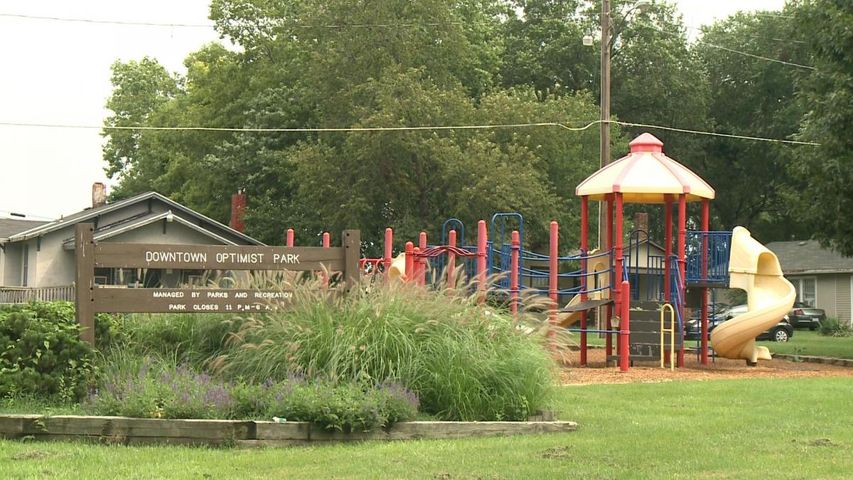 COLUMBIA - Columbia Parks and Recreation heard questions from members of a local neighborhood Saturday and gave information about a proposed improvement plan to the Downtown Optimist Park.

Columbia Parks and Rec had a display board set up outside the Downtown Optimist Club from noon to 1 p.m. Saturday to show the proposed layout and improvements to the park.

Matt Boehner, a senior planner for Columbia Parks and Recreation, said plans for improving the park have been in the works since 2010 when voters approved to renew the one-eighth cent park sales tax for five more years.

Out of $5 million set aside for existing park renovations, the Downtown Optimist Park is set to receive $50,000 for improvements.

Boehner said some of these improvements include updated play equipment, a new shelter and more accessibility, including sidewalks to connect play areas together.

"It's a great neighborhood park, definitely gets a lot of use throughout the day and the different times of the school year and the summer time," Boehner said. "So, I think it's a great improvement for the Ridgeway neighborhood association."

People could leave their ideas and suggestions about the park plans in a comment box.

"We'll take the public comments, and we'll evaluate them against what the budget allows for, what major changes we need to make and whether or not we can make those changes into it," Boehner said.

Boehner also presented the proposed park plans to members of the Ridgeway Neighborhood Association during their meeting at 1 p.m. Many members said they were excited about the proposed improvements but would also like to see some things added.

Pat Kelly brought up the suggestion of adding sidewalks on the sides of the park and including a trashcan on the corner of Forest and Grand avenues. She also suggested putting in a shade tree where there was open land at the park.

After the conclusion of the public input period, Boehner said they will make revisions based on the input they received from the community, neighborhood association and residents in the area. After that, the plan will go to the park commission and then the city council for final approval.

Boehner said construction should start in the spring of 2015 and be completed by that summer.

You can call Columbia Parks and Recreation at (573) 874-7460 to give your input on improvements at the Downtown Optimist Park.

The Downtown Optimist Park is a small park in the Ridgeway neighborhood located at 100 E. Forest Ave. It was built on land donated by the Downtown Optimist Club. Boehner said Columbia Parks and Recreation took over the maintenance of the park about 20 years ago.