Community members join together to help man rebuild his home 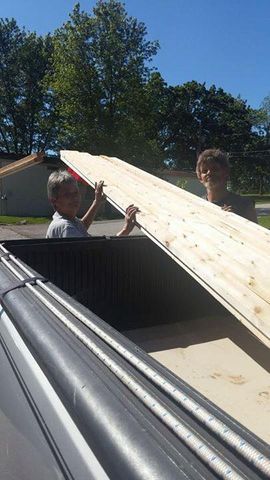 COLUMBIA - Community members of all backgrounds are joining together to help a fellow resident repair his fire-damaged home.

Donnie Perkins lost most of his home to an electrical fire on Monday, April 27.

From the outside, most of the house looks normal, but once you take a step inside, the damage is clear.

Perkins lived in the home with his mother and 6-year-old nephew.

Both his mother and nephew have moved out of the damaged home, but Perkins refuses to leave.

He said this is his home, and he is staying in it to repair it as a promise to his nephew.

Perkins does not have the money and resources to rebuild the interior of the home on his own.

"Missouri Pay It Forward" Director Sylvia Sprinkle said she could see the fire from her building and rushed to the scene to help.

"When I first heard the fire...I came up here to see if they needed any help," Sprinkle said. "I contacted Red Cross, got them in touch with Red Cross to where they can get emergency assistance, and I've just been following the family ever since then."

Over the past three weeks, Sprinkle and other community members have brought countless donations to the home to help Perkins start the rebuilding process.

Sentinel Lumber donated 14 wooden boards to help repair the walls, and many community members have donated couches and pieces of furniture to fill the home.

Perkins said he has even gotten assistance from people that he doesn't know.

He said it is an entire remodeling process, but he is making progress with their help.

"With a little help from some of my friends and other people that I haven't met yet, have been trying to help me reconstruct this house...that's what I'm trying to do."

Perkins said he is going to continue rebuilding the home until it is in shape for his mother and nephew to move back in with him.

Front half of mobile home burns in Columbia