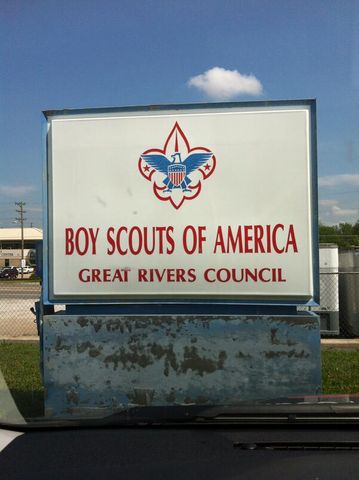 However, some also said they see today's message as being very mixed and confusing.

"I think it's a first step in the right direction. But you've got to remember that the Boy Scouts still has their ban on gay Scout leaders. And so I think, at best, they're still giving a mixed message about how they feel about gay people," local psychologist Craig Rooney said.

If the national resolution is passed, the Boy Scouts of America would completely remove the restriction that denies young boys the opportunity to join the Boy Scouts based on their sexual orientation. However, there would still be ban on allowing non-heterosexual scout leaders be a part of the program.

MU student Caitlin Hudson said she sees the continuation of the "leader ban" as going against everything the Boy Scouts of America stands for.

"That further marginalizes boys who may need a role model who may be gay or another sexual orientation to look up to, and they'll still see that heterosexuality is the norm," she said.

Rooney said it makes him uneasy to think that such role models would not exist for the LGBTQ children who decide to join the organization.

"I have questions and concerns about how healthy the scouting environment will be for gay youth, considering they're also saying that gay people are not adequate role models, or safe to be around," he said.

But when asked if he thinks there will ever be a change in whether scout leaders can be from the LGBTQ community, he said he is remaining positive.

"Our society is changing everyday when it comes to this issue. LGBTQ people are making advances nationwide and worldwide everyday, so I think it's only a matter of time," he said.

The Great Rivers Council currently represents about 8,000 youth members and more than 3,000 local volunteers from 33 counties across the state.

The Boy Scouts of America will be voting on this resolution nationwide next Thursday in Dallas. The Great Rivers Council will bring two votes in favor of passing the resolution, and one vote against, to next's week conference.

Rooney said he thinks the decision to allow mid-Missouri youth to join despite their sexual orientation will be a great test into gauging the national feeling about the change.