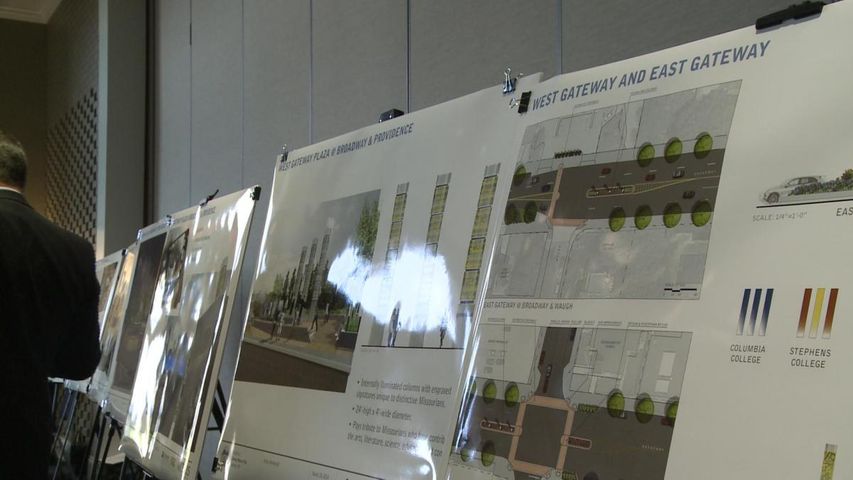 About 40 community members came to the meeting to take a look at the new plans and give feedback. This is the second public meeting for this project.

Community members told KOMU 8 News they did not like the old plans.

"Oh they were horrible. They didn't represent Columbia at all," Danielle Landgon, a community member, said.

Russ Volmert is the Director of Planning for Arcturis and said it's normal in the design stages to go through a few ideas before he find the right one.

"We really wanted community feedback on the first plans. Some of it was negative and some was positive, but it was all constructive. We will continue to put a lot of importance in what our community members want to see," Volmert said.

There is no definite time line for this project. Volmert and the planning committee say it is still too early to set a date on anything.

The new plans follow a hub design. The design represents downtown Columbia as the hub of culture for Mid-Missouri. It will have five different locations, with the main gateway going at the corner of Providence and Broadway and the other scattered around the district.

Community members at the meeting said they were happy with the changes.

"I think these plans are better than the other ones. I think the considerations of the townies were heard," Danielle Langdon said.

"This is much better than the old ones. It just looks so much classier and really fits our area better," Donna Kessell, another community member, said.

Langdon said she still had some issues with the new plans concerning sustainability.

"There is a lot of lighting, and a lot of concrete. I think in a town like Columbia where riding your bike is the cool thing, I think more green space would be better," Langdon said.

The Downtown Community Improvement District will be putting the plans on its Facebook page for those who couldn't attend the meeting. They will be looking at on line surveys and considering the requests of the community members in the next design plans.