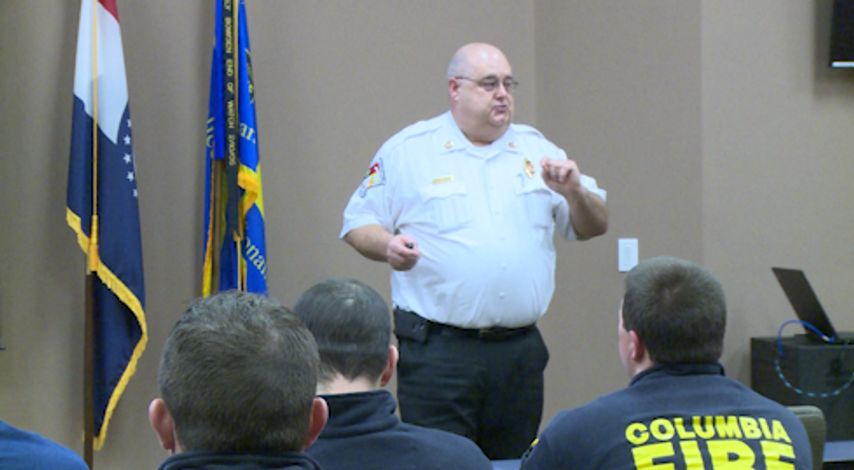 COLUMBIA - Monday's announcement that several Columbia leaders had expanded a violent crimes task force was a long time coming for many Columbia residents.

Rev. James Gray, from the Second Missionary Baptist Church in Columbia, said it should have happened "years ago."

"Your city's got to go through a lot of pain to really get to where we really need to be," he said.

The task force is made up of four officers from the Columbia Police Department, an officer from MUPD, two agents from ATF, and four Boone County Sheriff's deputies.

Gray said the unification of the departments will be key to their success.

"This is about crime, about doing what's right," he said. "Putting everything else aside and saying let's make a difference together."

Columbia Police Chief Geoff Jones said the department had to move two officers from the street crimes unit and one officer from patrol to staff the task force. He said the benefits of having the task force will outweigh the costs to staffing.

"Our hope is that the overall impact, the increase in communication, will hopefully reduce some of the incidents that are requiring a lot of manpower to address on the street," Jones said.

Gray has been in contact with many of the families affected by violent crime in Columbia in the past year. He said they're excited leaders are taking action.

"I hope that people pay attention, that we're not going to put up with it anymore," he said. "We will be very focused on addressing these issues, case by case, every day."

Missouri River Regional Library brings back a traveling library for the community
JEFFERSON CITY - The Missouri River Regional Library's 'Bookmobile' is back on the road delivering books after not running for... More >>
7 minutes ago Tuesday, July 14 2020 Jul 14, 2020 Tuesday, July 14, 2020 5:51:00 AM CDT July 14, 2020 in Top Stories
Share:
Email
Facebook
Twitter