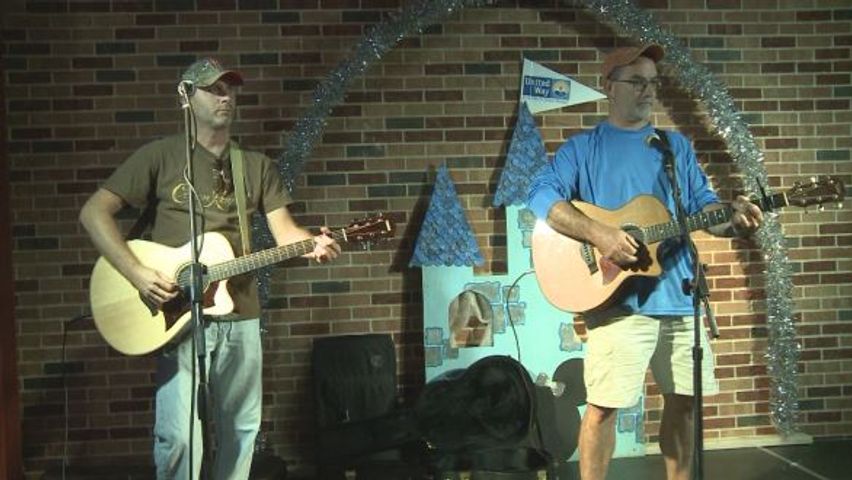 Each year has a theme to get the community involved and excited about fundraising for the organization. This year, it's Disney.

"I love musical theater and my piece is that exactly. I love Disney and I've always grown up with Disney," talent show contestant Natalie Eickhoff said. "Even as an adult basically all I watch is Disney movies. It's a feel good and it makes me happy."

Over the summer, contestants submitted one minute or less online videos of their performances. In August, a panel of judges selected the six finalists based on talent and how much money they raised online through social media.

Keith Enloe has been on the talent show committee for all three years of the show. He said that the online competitors put on a great performance, but the United Way agency talents are the true stars of the show.

"The reaction to the agency acts like the Special Learning Center, Capital Projects, Boys and Girls club is amazing," Enloe said. "When they perform it really hits home, and that's what's most exciting about the evening."

The contestant who receives the most votes and has the highest amount of donations will be declared the winner. The winner receives a prize of $250, but returner Eickhoff said the talent show is more than just about the prize money.

"I decided to put my hat in the ring again this year. It is a fundraiser for the united way and I think it is a great organization and they do a lot of great things so anything I can do to support them I try to do," Eickhoff said.

"We had a really good turnout this year, a lot of money was raised online and we'll continue to raise money at the event and that's what it's all about," Enloe said.