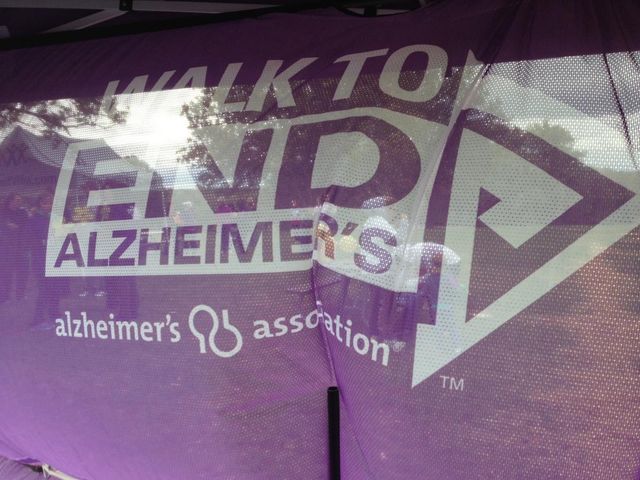 COLUMBIA - Residents and community members gathered at Stephen's Lake Park Sunday to remember and bring awareness to those suffering from Alzheimer's Disease. The Walk to End Alzheimer's attracted more than 600 participants to take part in face painting, dancing, and eating while bringing awareness.

Executive Director of Columbia's chapter of the Alzheimer's Association Linda Newkrik said this is the twenty-second year the walk has been held in Columbia. Newkrik said the event comes down to stories.

"Every story is special. I think that it is coming together, and everyone is supporting each other," Newkrik said.

One event participant, Amelia Cottle, is a supporter of a loved one with Alzheimer's. She said the walk and the Alzheimer's Association means more than most can imagine.

People can still contribute to the Walk to End Alzheimer's.

Registration for next year's walk will be open in January of 2014.