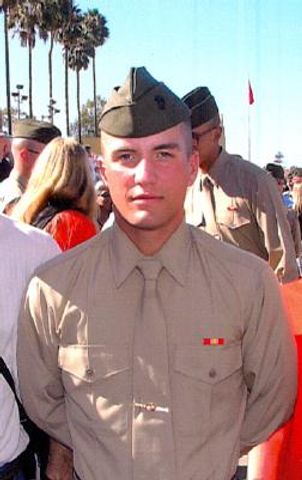 JEFFERSON CITY - A local group of veterans, community members and Jefferson City High School students are raising money for Lance Corporal Tyler Huffman. Huffman was injured in Afghanistan in December 2010 while on a mission to clear the Taliban out of an Afghan town. A bullet went through his lung, liver and then severed nerves in his lower spine, leaving him with no feeling in his legs.

"He has no animosity, no regret. He's just a real patriot, he's awe inspiring to me," Vietnam veteran Tom Maubin said.

The group calls its efforts "Operation Tyler". It hopes to raise enough money to build a wheelchair accessible home for Huffman and his family. Local veteran Joe Twehous and his wife have already donated a building lot for the new home in Jefferson City. Huffman grew up in Fulton, but currently lives with his wife and their two-year-old son in Columbia close to the hospital where Huffman goes for physical therapy.

"I can't say thank-you enough to these people for what they've done and they're doing," Huffman said.