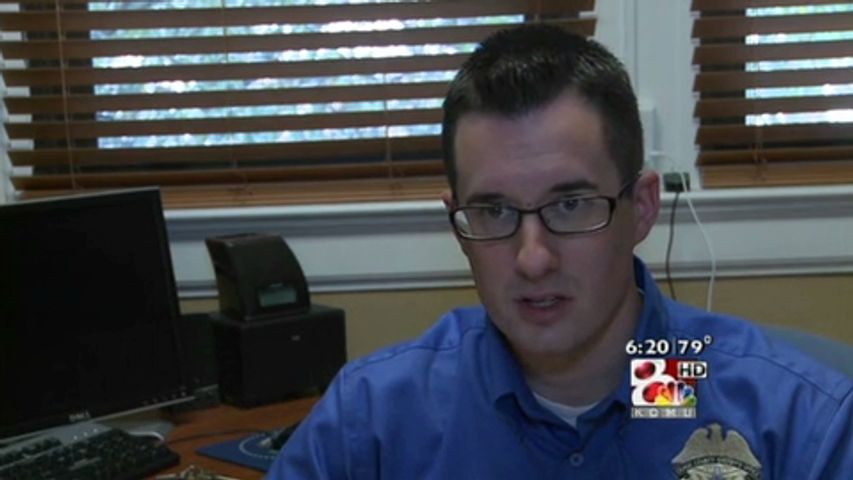 On Thursday, KOMU reporters requested the probable cause statement in support of the felony and misdemeanor complaints against Osage County Sheriff Dixon.

Reporters spoke to people who support Dixon and others who believe the the Sheriff should be punished.

"I think anybody would be suspended from their job if they have these accusations against them," said Rodney Hughes. "I think Dixon should be suspended at least until they find out if he's guilty of his charges because in position of Sheriff, he hold too much power if he potentially really did these things he is accused of."

The court documents indicate while responding to a call about a fight at a tire shop in Belle on June 24th, Dixon used a flashlight to touch the victim, a Belle police officer, between her legs and up her back.

The victim responded by swinging at the Sheriff's flashlight and cussing at him. Court documents say Dixon then said, "My bad. I'm sorry. I suppose that's inappropriate."

Two days later, the Missouri State Highway Patrol released a statement saying Dixon tried repeatedly to find the victim at her house and by phone and took her fiance's four-wheeler without permission. Documents say the victim tried to hide from Dixon.

A Belle resident, who has known Dixon for a couple years, found this hard to believe.

"Every encounter I've had with Mike is always been positive," said Belle resident Edward Peppers. "I've heard nothing but good from the local community members that I associate myself with and I think that now he is the Sheriff of Osage county, he's brought a lot of class to the office."

Peppers also thinks politics may play a role.
"I think this is all politically motivated by political enemies he had with the primary and I just can't believe there is any substance or foundation to any of those charges," said Peppers.

The misdemeanor charges include sexual misconduct in the first degree, assault in the third degree, harassment and stalking. The felony charge is for operating a four-wheeler belonging to Nathan Abel without Abel's permission.

On Wednesday, Special Prosecuting Attorney John Berger said no date has been set for Dixon to appear in court.