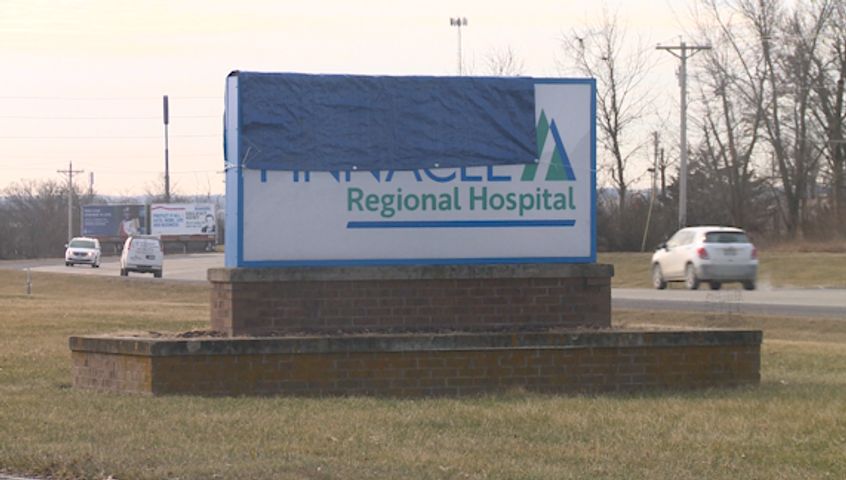 BOONVILLE - The announcement of Pinnacle Regional Hospital's closing came suddenly this week, even catching residents off guard who expected the hospital would close eventually.

Letha Bieber says she returned to the community years back with a sense of security knowing the emergency facility would be there if needed.

"It's the reason we retired back here to boonville in 2005, is the hospital here and the proximity to Columbia's hospitals," she said. "When you get a certain age you think about that sort of thing. And its a very big blow because senior citizens don't always have availability to transportation to get to Marshall or Columbia."

Bieber had an appointment at the center on Wednesday where she was informed by her doctors of the closing. She said this is where she became uneasy.

"I had supposedly another appointment next Tuesday," Bieber said. "Well, the clinic and the hospital both closed, so I'm on the search for all kinds of doctors."

Wayne Lammers, a retired Boonville citizen, said he expected the closing eventually, but believes many citizens were not ready for it to close this soon.

"I expected it down the road, I didn't expect it this quickly," he said. "It was just too quick for me."

This sudden closing is leaving citizens wondering what they will do in case of emergency.

"Every one of them is disheartened that it's going to close," Lammers said. "They rely on the local hospital and the local doctors."

He works with people in the community and said many of the conversations today had to do with planning for an emergency.

"It's just really upsetting to [community members] that the hospital will no longer be there," he said. "We spoke to many of the ladies here and they wanted to know 'what am I going to do.'

"We told them they need to go pick up their records," Lammers said. "They didn't know that. It's going be a scramble to get out there and pickup their records. It's just really disheartening to the people that I know."

In an emergency, Lammers says many are unsure how quickly they will be able to get to a facility.

"They'll have to go somewhere - Marshall, Columbia, Sedallia - and it's just going to open up a whole new ball game for people, and it's not going to be good," he said.

Many citizens plan to go to Columbia if needed, which will be a 25 mile trip. The Cooper County ambulance district will still be operating for the community.

Lammers says he's now ready to deal with the change.

"I kinda expected it, its just one of those things that happens to little communities like this, and I guess we're just going to have to go with the flow," he said. "It's all coming to an end and it's a sad day. It's a sad day."