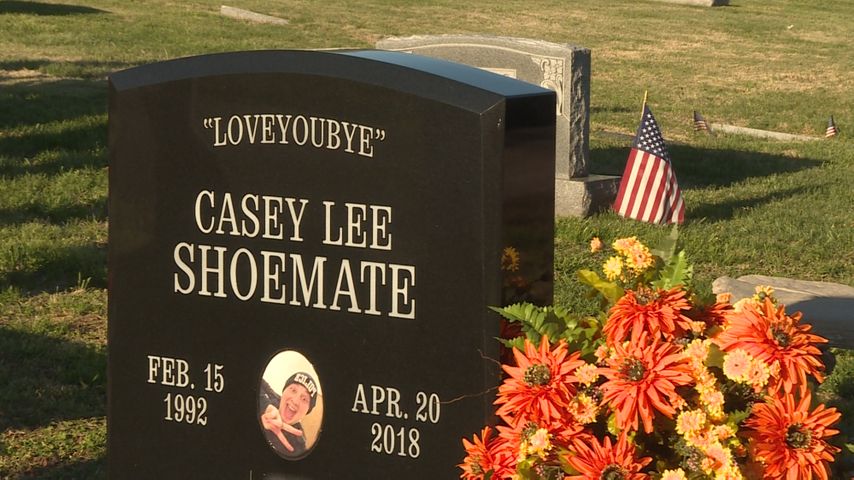 ELDON - A memorial service was held Saturday evening to honor the life of a Miller County Sheriff's deputy who was killed in the line of duty one year ago.

The service, which was held at Eldon Cemetery, included a moment of silence in honor of Deputy Casey Shoemate.

His mother, Betsey Browning, said she's proud of her son.

Shoemate, who was 26, was responding to an emergency call when he collided head-on with another vehicle near Eldon. At the time, Shoemate was trying to pass a fire truck responding to an unrelated call, the Missouri State Highway Patrol reported.

"Casey died doing what he wanted to do," she said. "And Casey would, all over again, human error or not that caused the crash, Casey would all over again do the same thing if he thought he had a snowball's chance to save someone else's life."
The Missouri Law Enforcement Funeral Team presented a check to the family in honor of Shoemate.

Browning said she is thankful for the community's support.

"It's amazing, but I'm not shocked. These people have surrounded and loved my family and taken care of us for the past year or so," she said.