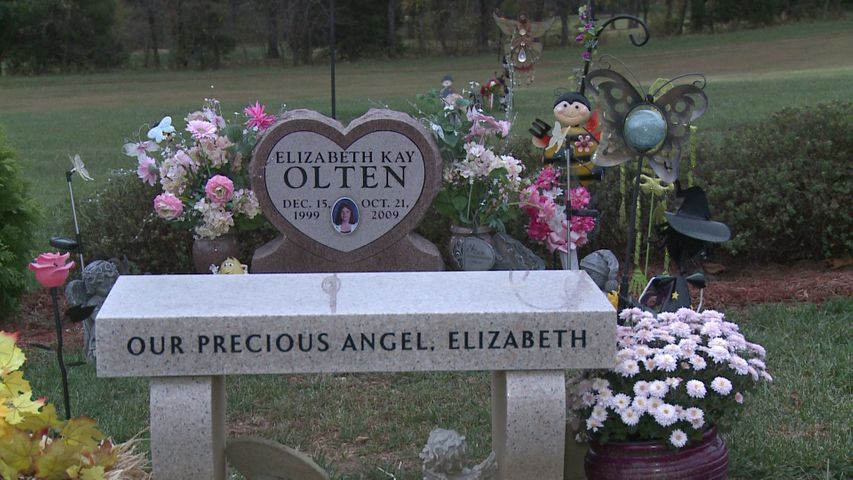 COLE COUNTY - Friday is the two-year anniversary of the murder of a nine-year-old Cole County girl, Elizabeth Olten. To remember the girl's Olten's short life, her family and members of the St. Martins community are preparing for a second anniversary memorial service, which will commence Friday at Hawthorn Memorial Gardens Cemetery from 5:30 to 8:30 p.m. For the family, it is a time for people to remember not the circumstances of her death, but of what family friend Pam Cafourek calls a "beautiful life."

"Elizabeth was your normal nine-year-old--full of life, full of dreams. She was a pleasure to be around, had lots of friends in school, she was an excellent student and she loved to read," Cafourek said.

Olten disappeared on Oct. 21, 2009, while walking home from a neighbor's house on the 600 Block of Route D in St. Martins. The family notified the Cole County Sheriff's Department that evening, and a large volunteer search effort commenced the following day. Authorities found Olten's body on Oct. 23, led by murder suspect Alyssa Bustamante, 15, to a shallow gravesite in nearby woods. Authorities say Bustamante "wanted to know what it felt like to kill someone" and confessed to strangling and stabbing Olten.

Bustamante, Olten's neighbor, was taken into custody and charged with first-degree murder of Olten. Following her confession to authorities, she pleaded not-guilty. Public defenders have made motions for Bustamante to be tried as a juvenile, citing the girl's mental instability and history of suicide attempts. Cole County Circuit Judge Patricia Joyce rejected the motion, and Bustamante will stand trial as an adult. Jury selection is set for Jan. 10-11, 2012.

"We have the faith that we will get a murder conviction," Cafourek said.  If convicted, Bustamante faces the possibility of life in adult prison without the possibility of parole. The trial has been delayed three times this year-most recently in September, when Cole County Prosecutor Mark Richardson informed Joyce that there was still evidence that needed six weeks to test and evaluate.  As confirmed by a Cole County Jail clerk, Bustamante has been in the Cole County Jail since August and will remain there until her trial.

Olten's family held a one-year memorial last year on Oct. 21, with a public ceremony at Concord Baptist Church and candle vigil at Hawthorn. This year, at the family's request, event organizers again invite the public to join in the remembrance of Olten. "The community has been great. As far as the support and the prayers, it's important for that to continue," Cafourek said.

She added, "Please don't forget who let Elizabeth was. Please don't let the circumstances take away from the beautiful child, beautiful person she would have been and grown into. We want her remembered, and that's what's very, very very important."

Pastor Monte Shinkle of Concord Baptist Church, where Olten's funeral was held, said, "I've not experienced any event that has hit this community as hard as the loss of Elizabeth."

Cafourek said she wants the community to know that although the Olten family does not usually talk to the public or media, the support and prayers "mean the world to them."  She encourages everyone to wear pink and purple, Olten's favorite colors, for the Friday vigil.

Click here for a timeline of the Olten's disappearance, murder and subsequent events.

Click here for motions in the trial proceedings of Alyssa Bustamante.