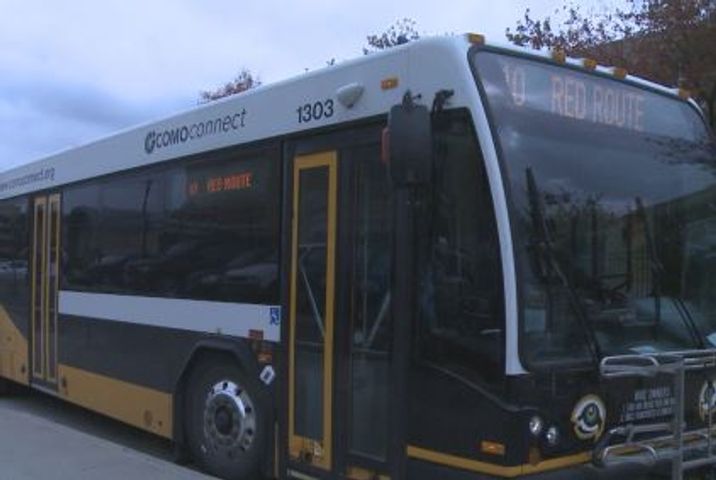 COLUMBIA – Two COMO Connect bus routes will be rerouted starting Friday evening. The affected bus routes will be the 10/Red Downtown and MU Tiger Line shuttle service because of road closures for the homecoming House Decorations.

COMO Connect also added seven bus routes to accommodate for game day. With the additional stops, there are 29 bus stops in total. The new stops were added to hotels, parking garages, and restaurants around Columbia. The buses will stop directly in front of Tiger Avenue.

After the game, the buses will be available on Tiger Avenue across from Memorial Stadium. Each way will cost $1.50 from and to all bus stops. Any bus pass will still be valid on that day. Teresa White, marketing specialist with Columbia Public Works, said people who plan to take the bus should bring exact change.

White said she still thinks a lot more people could benefit from the additional bus routes.

“I think game day bus routes are really growing in popularity, but a lot of people still don’t know about them. We definitely fill up the buses just fine, but we want to make sure everyone in Columbia knows this is an option,” she said.

White said she is excited for the public to use the COMO Connect bus to get around town.

"We love providing the bus service on game days. I think it's a great opportunity for people to use public transit. They might not use it on an everyday basis. So it's a great opportunity to let the community know about the services out there and it's useful on game days. With a lot of people going to the game and a lot of people celebrating and the crazy traffic, it's a good way to avoid all of that and still have a good day for everybody," she said.

White said to use the free COMO Connect app to follow live updates on bus stops. She said the app is updated to include the additional game day stops. The app includes bus maps, location tracking, and estimated arrival times.

"If you're not familiar with the bus system, I really recommend the COMO Connect app. It's free on smartphones," she said. "It lets you track the bus system real-time and you can actually see the buses along the route and you can see the estimated time of arrival for any of the bus stops."

She said anyone in town can most likely get a ride to Memorial Stadium.

"I think the game day bus routes are a great fit for everybody, whether you're staying at a hotel or going downtown or not. There's also bus stops on the south side of town. I know there's one on Grindstone at Buffalo Wild Wings. So a lot of people that don't think that they normally could be along a bus route, they are. And so it's a really convenient spot for anybody around town to find a location to park and get on a bus and have a safe ride into town to the game and have a safe ride back," she said.

To view the changes in bus routes and schedules, click here.