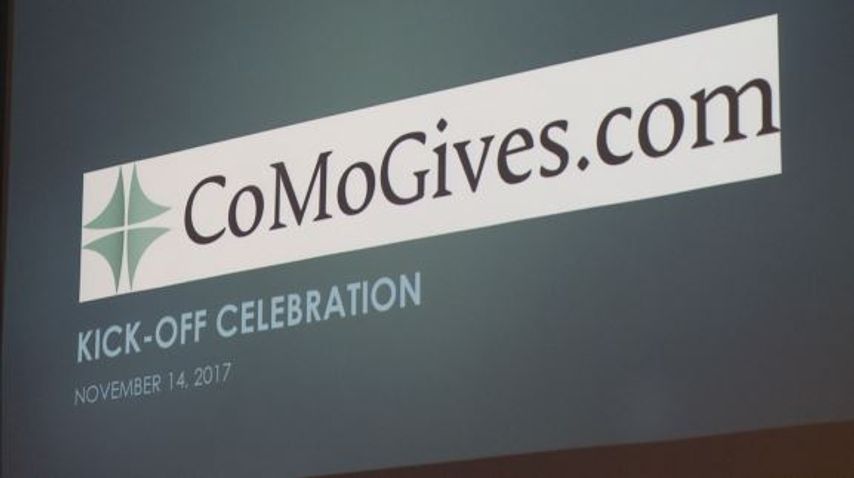 COLUMBIA – The Community Foundation of Central Missouri kicked off the fifth year of its giving campaign with high expectations.

CoMoGives is aimed at benefiting nonprofit organizations in Columbia and Boone County. More than 100 organizations are taking part, including arts, health, education and youth programs.

“It’s always worth it when you see the community coming together,” Baker said. “A lot of buzz, a lot of spirit, a lot of good help, the organizations pitching in, driving people to the CoMoGives.com website and people making generous contributions. It’s worth the time.”

The Community Foundation will also award $14,000 in challenge grants to organizations who complete certain objectives, such as raising the most money or having the most individual donations.

Jon W. Poses, executive director of the "We Always Swing"® Jazz Series, said his organization partnered with CoMoGives at its founding and raised about $40,000 for the campaign last year. He said the group shows its appreciation for donors by putting funding back through the program.

"We try to make it fun, we try to make it entertaining for people who are pledging their hard-earned dollars to the Jazz Series," Poses said. "We think it's really a wonderful way to support all the arts as well as a great number of social service organizations and other kinds of non-profits."

The campaign will operate solely online. Baker said the Community Foundation was overwhelmed with check donations in 2016.

All donations made to CoMoGives.com during the month of December will be distributed to participating nonprofits at the program's end.