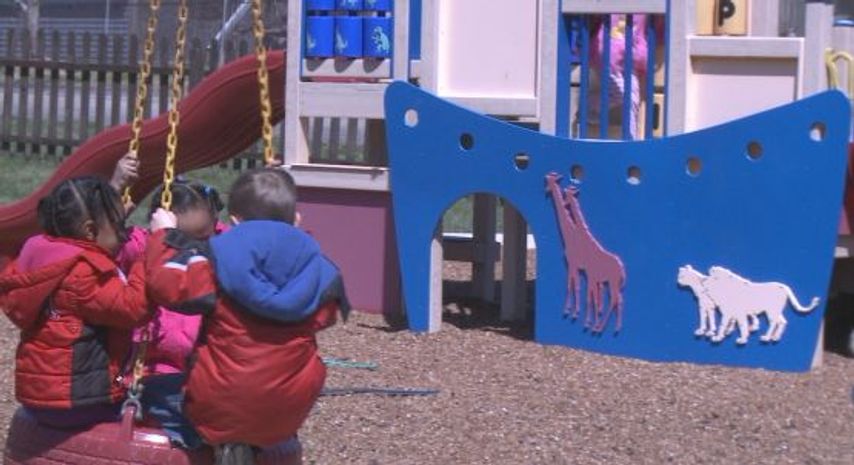 COLUMBIA - Missouri parents are no strangers to costly childcare, especially those in Boone County. Rebecca Schoebinger is a single mom working full-time. She says she wishes the state did more to help single parents.

"A lot of us mothers have one job or two or three just to get their child through daycare and a lot of us can't get daycare assistance just because we make too much money, just by a few dollars," Schoebinger said.

"The biggest thing I'm noticing is it's difficult for parents, even with the assistance, to pay for the full tuition," Smith said.

Smith said this is causing childcare centers to end up with a loss because they can't always collect money from parents who can't afford it.

"In essence, we have to reduce some of our fees and help those who can't afford it," Smith added.

Childcare costs are alarmingly high, even more than some college tuitions. Boone County is one of the most expensive places in Missouri for childcare, according to a Child Care Aware study.

In Boone County, for an infant up to two years of age, the average the cost of childcare is $185 per week or $9,620 a year. Once a child turns three years old the average costs of care drops to $146 a week or $7,592 a year. The older the child, the greater the adult to child ratio can be, bringing costs down.

In state tuition for one year at the University of Missouri costs $9,430, which is approximately $200 less than a year of childcare tuition in Boone County for a one year old.

Missouri State University costs $6,908 a year, which is $2,712 less annually than childcare in Boone County for an infant.

Northwest University tuition costs $7,455 a year, which is more than $2,000 less than childcare in Boone County for an infant.

According to the U.S. Department of Health and Senior Services licensing rules for child care centers, the adult to child ratio is below:

There are multiple resources to help parents find the right child care center. One example, Child Care Aware, is a nationwide hub of information for parents and childcare providers providing resources for programs like how much each one costs.

Joanne Nelson was the director of Central Child Care Aware and is now the new program manager of Boone County Children's Services Board.

"The younger the child, the more expensive it (childcare) is. Based on the smaller the group size, the higher the cost is going to be," Nelson said. "Columbia is one of the biggest cities in Missouri and with lots of professionals around that are willing to pay that money."

Kesha Barney is a single parent who works full time and says getting daycare assistance from the state is a nightmare.

"I applied in January and didn't hear back from them until the middle of March and that's when I got approved, but they didn't approve me for enough because I'm a single mom. I have other bills, and other kids and the money is just not enough," Barney said.

Nelson said it's great to see some money being spent on early childhood education, but more is needed, especially for private childcare.

Missouri ranks toward the bottom for child care assistance. If you make $23,520 a year or less you qualify for a subsidy. Missouri is also one of the few states that does not give bonuses to childcare providers who hire workers with college degrees.

"We know that if we can get a child into a good quality program then it will pay off expeditionary in the future," Nelson said.