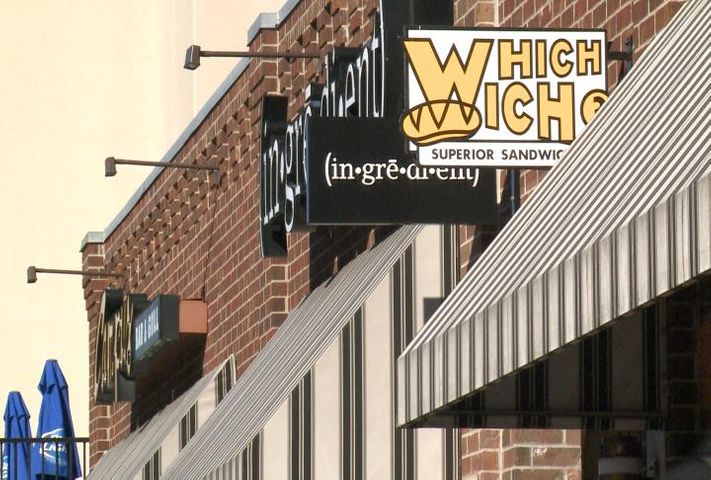 COLUMBIA - A wave of new restaurant options, largely chain restaurants, is coming to Columbia over the next several months. One mid-Missouri restaurant owner said he thinks this influx could be problematic for smaller restaurants already established in the city.

This introduction of new food options comes at a time when Columbia is experiencing a rapidly growing population.

Columbia Chamber of Commerce President Matt McCormick said, "The last couple of years we've had about a 2.4 percent growth, where I think the national average is somewhere around 0.8 percent."

Starting in October, large-scale brands such as Chick-fil-A, Jack in the Box, Panda Express and many others will make their debuts in Columbia.

Jeff Offutt, who owns the new Moe's Southwest Grill along with many other restaurants throughout mid-Missouri, said these new chains coming to town can be traced to an upswing in the restaurant market. He also said many of these restaurants have always wanted to come to Columbia, but owners were waiting for proper growth within their companies.

"Most of these major chains weren't growing in 2008 to 2012, and they only started growing about two years ago. Now they're looking for activity and building, so that's why you're seeing all of them come in at once, because there was this pent-up demand to come in, and now they're actually pulling the trigger and making it happen," Offutt said.

Now, these are restaurants experiencing what Offutt called an "up cycle" as they enter the Columbia market.

McCormick believes the new restaurants can work together to bring new types of customers to Columbia.

"I think it will all work cohesively, with new restaurants opening up, whether they be local, whether they be chain restaurants helping bring new people to town, and once they're here in town, they see what else it has to offer, so it can even drive those type of sales," he said.

When asked whether these new large chains would clash with the smaller eateries, Offutt said he is not confident that they will all coexist immediately.

"No, there will be fallout from this," he said. "You look at the chains coming in... those chains are going to exist. They're well-groomed national brands, they've got deep pockets and they're going to do very well, they already come in with a presence. The problem is there's only so many customers, so many dollars to go around, so a lot of mom-and-pops, or struggling, small regional brands may or may not make it."

Despite his notion that some restaurants may not last, Offutt said he thinks competition has some positive traits as well.

"I always think competition is healthy. I think a lot of these new places coming in actually will invigorate and keep the entire market energized," he said.

Even though Offutt said he thinks some smaller businesses may struggle initially, he said 10 to 15 years down the road, the relationship will work much better.

"I expect Columbia to double in size within the next 15 years and the university to continue to grow. That's going to give more opportunities for kind of small mom-and-pop niche businesses and for more chain businesses to come in here and succeed," Offutt said.

In the end, Offutt said the consumers are the winners with all of these new restaurants.

He said, "What it means for you [a consumer] is you win. The customer wins at this because there's more variety, and there are more restaurants that are fighting for your dollars."