Conditioning for a Big Season 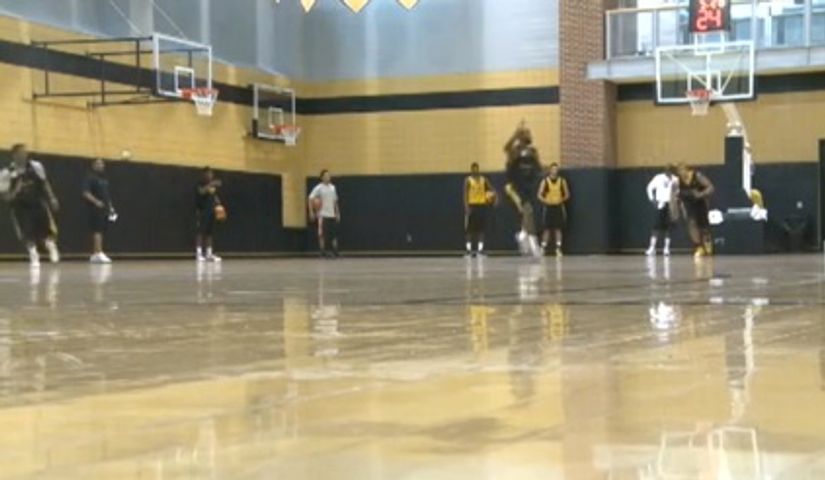 COLUMBIA -- Power, strength, and agility. All three are key elements to a basketball player's arsenal, but those attributes aren't just given.

These three elements are the goals of Mizzou Strength and Conditioning Coach Todor Pandov, "we train movements. We train movements, we don't train isolating muscles, and we don't get caught up in the numbers as much as some other programs do. Because it's not a true test of how strong somebody is."

He may not be drawing plays in the huddle, but what he draws up off the court is what prepares his players for the demand of a college basketball season, "their workouts are really individualized. So some guys need more flexibility, some guys need to get stronger, some guys need to lose weight. So everybody's workout is very different," Pandov said.

Pandov separates the team into small groups so he can individualize, but it's clear it's the entire team that excites him, "we got great guys, we got great guys, great chemistry. We got unbelievable athletes and I'm just so glad to be a part of such a great group of guys. Because it's a lot of fun training those guys. When you see Keion getting up and dunking that ball, it's just fun to train athletes."

Pandov enjoys working with his players, but do the players enjoy him?  "One word to describe Coach Pandov? I'd have to say diverse because of what I just explained to you, you know he's intense but laid back at the same time," senior guard Keion Bell replied.

Junior guard Phil Pressey feels that Pandov is enthusiastic, "I want to say enthusiastic because he's always like always on his game. Always, always amped up, always trying to get us going."

As one of Mizzou basketball's most anticipated seasons is just a hop, skip, and a jump away, it's workouts like these that push the team towards the end goal.

"Championships. Winning championships, that's always the main goal. Obviously the most prepared person wins. The more, the harder work you put in here, it's going to put you in a better position to get out there and play better," Pandov concluded.