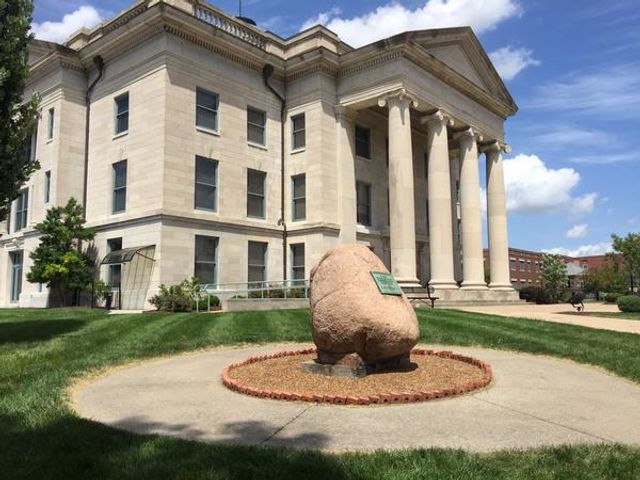 COLUMBIA - Boone County commissioners unanimously voted to move the rock that commemorates Confederate Civil War soldiers in front of the Boone County Courthouse to the Friends of Centralia Battlefield.

The man who created the petition to move Confederate Rock, Tommy Thomas III, said to the commissioners in the chambers of the Boone County Government Building that the monument would be more appropriate on the battlefield.

A Vietnam war veteran opposed moving the rock to Centralia's battlefield. He said he doesn't want history to be rewritten or soldiers to be forgotten.

Before the commissioners voted, all of them explained why they were in support of moving the rock. Boone County Commissioner Karen Miller said she wanted everyone to feel comfortable when they visit city government buildings.

A standing ovation happened after the commissioners voted yes.

"My goal is to get justice for as many people as I can," Thomas said. "This is a small step and its on to the next thing."

It will cost no more than $3,500 to move the Confederate Rock in front of the Boone County Courthouse to Centralia battlefield.

"Confederate Rock" will be relocated no later than November 1.