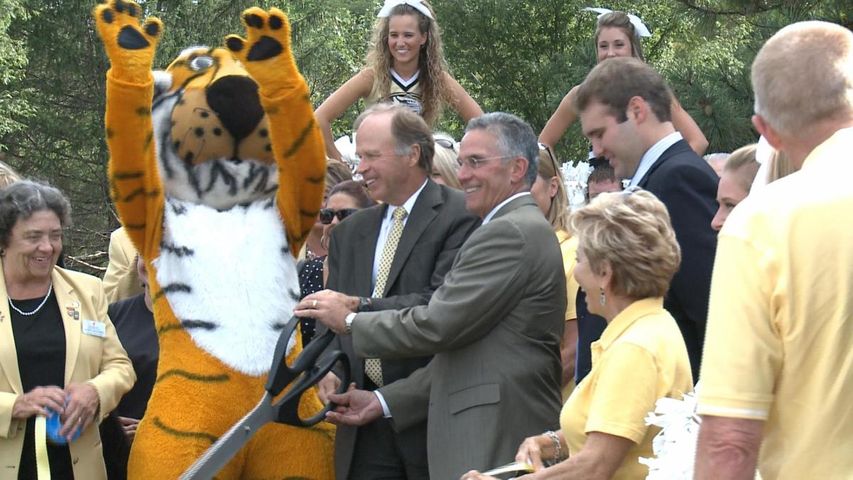 COLUMBIA - A review of tax numbers from the city revealed Columbia did not benefit much from Missouri athletics' move to the Southeastern Conference.

After filing a formal request, KOMU 8 News received sales and lodging tax numbers from the city, as well as hotel occupancy percentages during football season.

The numbers showed the increase in business from 2011 to 2012, when Missouri moved to the SEC, was not much bigger than the increase between 2010 and 2011, when the school was still in the Big 12.

The numbers differ from a recent study released by the Columbia Chamber of Commerce and the Convention and Visitors Bureau.

The study, conducted by a group of University of Missouri Business students, looked at the impact of the athletic department on the city and found the department to have an economic impact of $188 million last year, the school's first in the SEC.

That's up $41 million from 2011, a 27.8 percent increase. But that increase is only four points higher than the previous year.

Columbia Mayor Bob McDavid said the reason for the small changes is simply a lack of room for improvement during football seasons.

"The hotels are packed and they're packed for miles around," McDavid said. "They're going to be packed whether they're in the SEC or not."

Hotels occupancy was not the only sector that did not show much improvement.

McDavid said even that small change was probably related to the growth of the city rather than the change in football conferences.

MU Athletic Director Mike Alden says there was much more to the conference move than money.

Matt Hudson, General Manager for Campus Bar and Grill, said business did not really change with the school's switch to the SEC.

The more important factor is team performance, he said.

"We need to win," Hudson said. "That's the biggest problem we see with the SEC is we need to win football games or a decline may occur with fans attending from out of town."