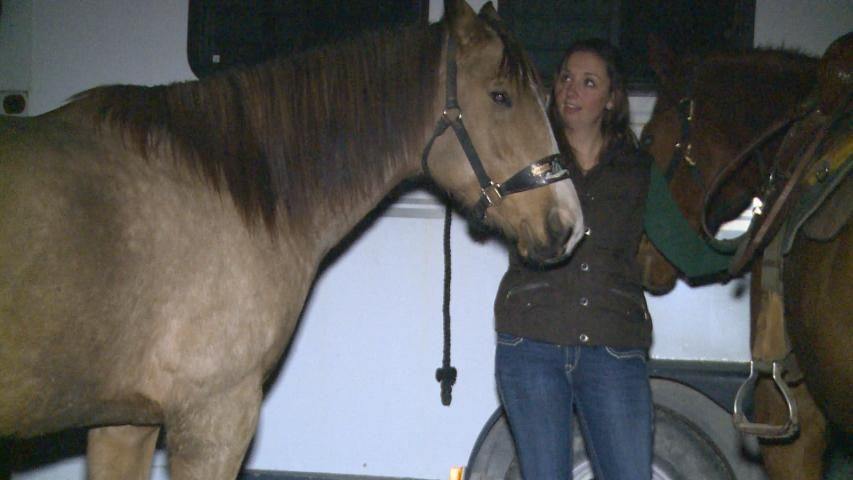 COLUMBIA - Raised in Columbia, Allison Clarke has been riding horses on the fairgrounds at the Central Missouri Events Center, also referred to as CMEC, since she was a kid. She united with more than 100 horse enthusiasts Sunday at the Peachtree Banquet Center to brainstorm ideas for CMEC's future.

"The get together [Sunday] was intended to provide the equestrian community the opportunity to come together, to identify themselves as people with similar interests even if they have different breeds and are involved in different disciplines and then to recognize that, for any issue, they have a stronger voice if they act together," said Boone County Commissioner Janet Thompson in an email.

However, Clarke said she was disappointed with how the meeting went.

"I was absolutely frustrated with how the meeting went yesterday and for most of today. I think the point they were not able to get across in a clear enough manner is we need to start looking at the fairgrounds as a community and a county asset," Clarke said. "More than just horse people use the fairgrounds and to let it go to use is a complete shame."

Clarke said she would like to see the commissioners ask for more community involvement outside of the horse community.

During the meeting, Chad Sayre, a principal at All States Consulting, suggested that the University of Missouri should take over CMEC.

Clarke said Sayre's presentation took up the majority of the meeting, and other attendees were not given much time to talk at the end of the meeting.

"It is hopeful that Mr. Sayre's presentation will begin a brain storming process for the community at large and the equestrian community specifically. As Presiding Commissioner Atwill noted, we have a remarkable opportunity now to have a fresh start with this facility," Thompson said.

Many have different ideas for the facility's "fresh start." Clarke said during the meeting, Presiding Commissioner Dan Atwill told her the fairgrounds would cease to exist as is.

For Clarke, this is highly disappointing.

"Having that type of facility within reach for people like me who may not necessarily have the resources to get out and go to all these horse shows as a kid is immeasurable. It's a huge asset for our youth to be able to enjoy as they grow up," Clarke said.

KOMU 8 News reached out to presenter Chad Sayre and Presiding Commissioner Dan Atwill but did not hear back at the time of publication.

The commission will meet next on Tuesday at 9:30 a.m. There is nothing about the CMEC on the agenda.