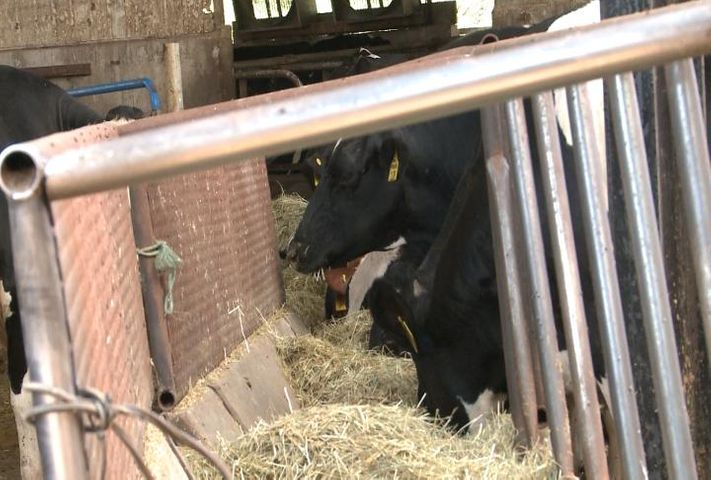 OSAGE COUNTY - The chair of a Missouri House agriculture committee said he hopes he can help farmers face challenges caused by unpredictable weather and what some in the industry say is restrictive legislation.

"I'm a farmer and I represent a rural district," said Rep. Casey Guernsey (R), of the Interim Committee on Emerging Issues in Agriculture Policy.

"We need do all that we possibly can to support the industry because, after all, we all rely on agriculture for three meals a day whether we realize it or not." He said.

Specifically, the committee was created to focus on the dairy industry. Guernsey comes from a farming background, and said he has seen firsthand the negative changes impacting dairy farmers.

Guernsey said, in his childhood, there were more than a dozen dairy farms in his area. Now, he said, most of those are closed or have changed their main product.

He said Missouri, a top dairy state, has now been importing milk from elsewhere for its own residents.

"The volatility of milk prices has been a big deal," said dairy farmer Alfred Brandt. "It's gone from lows of eleven dollars a hundredweight in 2009, which was historically the worst year for dairy farmers."

Prices of feed grains like corn posed another major obstacle for the success of some individual farmers like Brandt. In 2007, it cost $4.50 to feed one cow per day. In 2012, it cost $9.00, which dairly farmers said is a major financial burden.

Guernsey said that Governor Nixon has vetoed all but one recent agriculture bill. He said he hopes the action taken by the committee will serve as a way to create favorable policy that will be signed into law.

Brandt and Guernsey both said they would like to see some changes made.

"On the federal level obviously, if they would pass the Farm Bill and could get together and get something done, then we'd have some certainty," Brandt said.

"On the state level, if they could look at some of the regulatory things, like if they could have lessened the restrictions on things where we could get feed to the producers, you know things that don't cost the government money, but would sure help out."