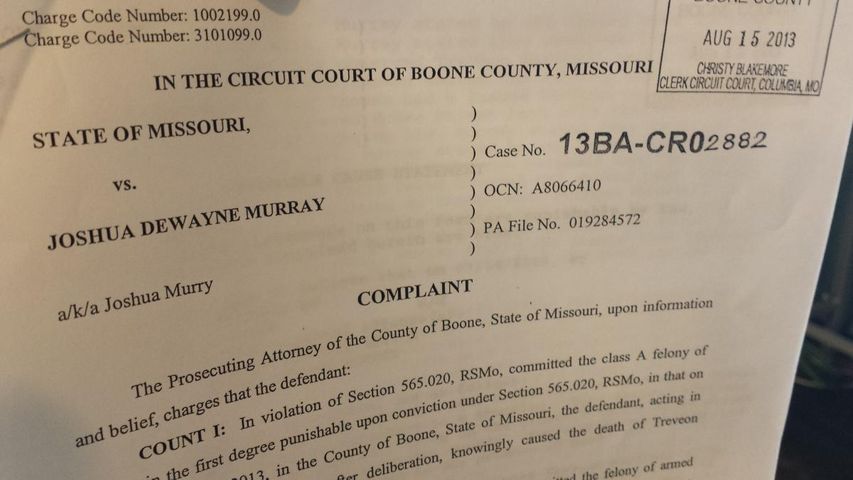 COLUMBIA -  KOMU 8 News learned Friday from court documents that the shooting death of Tre'veon Marshall is linked to the murder of Bryan Rankin Jr. in April 2012.

The Columbia Police Department arrested three suspects in regards to the death of Marshall Wednesday night and Thursday morning. Among the arrested were Kimberly Huett-Linzie, Joshua Murray and Nicholas Thomas.

After the arrests one of the suspects told police they were friends with Bryan Rankin Jr. That lead police to believe the shooting of Marshall in July was an attack of retaliation.

Rankin Jr. and his brother Brandon were leaving a gathering near Keene Street early in the morning on April 7th, 2012. Police said as the two pulled away from the house, someone smashed the driver's side window and threw a punch at Bryan. Police said moments later, Rankin was shot.

KOMU 8 News spoke with Bryan Rankin's father, Bryan Rankin, Sr., about what the discovery means to him and its possible relation to his son's death.

The probable cause statement also described the roles each person played in the attack on Tre'Veon Marshall.

To read the entire statement for yourself click here.