Constituents say they want to hear from Vicky Hartzler 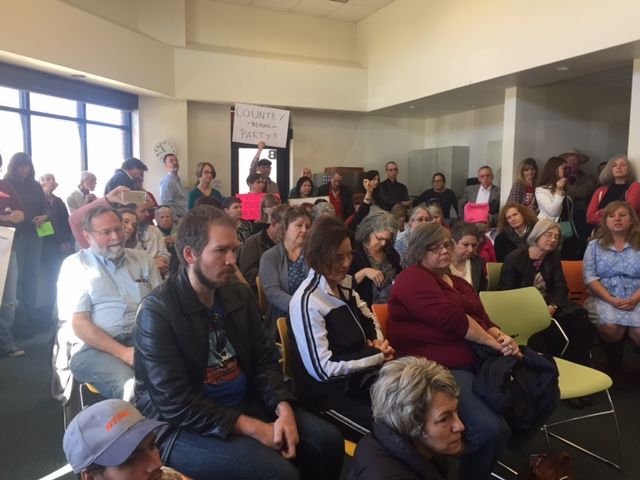 Hartzler staffers Steven Walsh and Spencer Tuma wrote down concerns from the constituents and tried to answer questions on the congresswoman's behalf.

Debbie Finley said she came to the meeting to express her concerns on the Affordable Care Act and Planned Parenthood.

"I woke up this morning and heard on NPR about the republicans plan for the repeal of Obamacare," Finley said. "In that plan, they're going to completely eliminate the subsidy for low-income people."

Finley said she is also disappointed with the plan to defund Planned Parenthood saying it is not funded by tax dollars.

"People are hiding behind that trying to defund Planned Parenthood," Finley said.

When asked about the ACA, staff member Steve Walsh responded he had not been aware of particular concern. Kate Canterbury with CoMo for Progress said she had spoke to Walsh a few weeks prior about the same issue.

"I'm worried that the realistic complaints of her voters are not being passed on to her," Canterbury said.

Another person said the representative did a 'good job of getting everything down pat', but that wasn't helpful enough.

"There were no answers," Finley said. "Whenever we would ask, 'what does Hartzler believe about such and such issue?' they couldn't tell us."

Canterbury told Hartzler's representatives she wants to hear from Hartzler herself. Canterbury as well as others said they want her to attend the Health Care Town Hall on February 21.

"I believe Representative Hartzler when she says health care is important to her so I hope that she will come to our town hall."