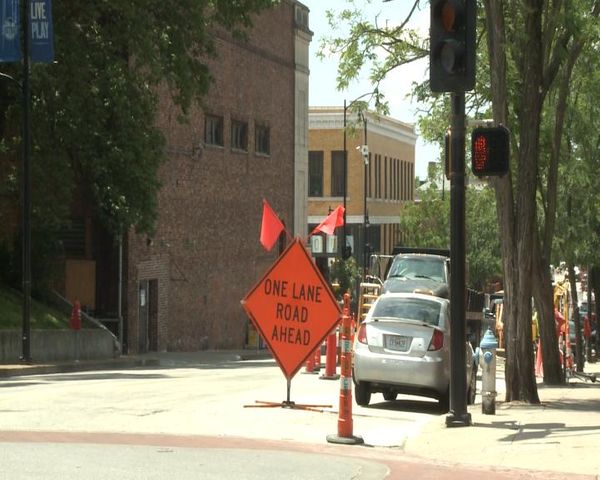 Street grate repairs shut down one lane of traffic on Cherry Street between Ninth and Tenth Streets. Construction also blocked parking spaces in front of Brooklyn Pizzeria on Cherry Street. Owner Rashid Kikhia said despite the noise and lack of parking near his restaurant, he was relieved the city was taking care of the street grates.

Kikhia said when cars drove over grates, it was loud. "The sound of it was mostly like a shotgun," Kikhia said. "So I'm glad we're not going to hear it anymore."

Kikhia said the city flagged that block of Cherry Street for repairs two months ago, and should be finished with repairs next Wednesday. In the meantime, city officials say drivers should find alternative routes.

Construction on the north side of the 600 block of Broadway also closed the sidewalk. Crews are working on repairing the outside of buildings along that street corner, and will replace the sidewalk upon completion of work on the buildings.