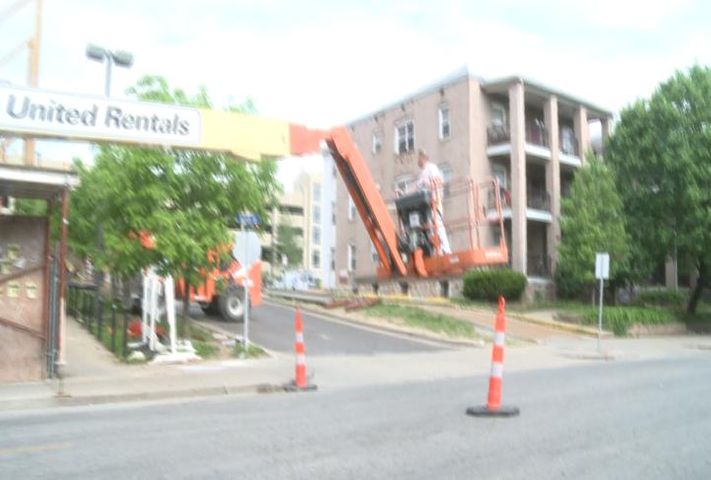 COLUMBIA - The increased amount of traffic expected in Columbia for MU's graduation could worsen due to several construction projects in the area. Sergeant Joe Bernhard with the Columbia Police Department told KOMU 8 News Wednesday he expects visitors for students' graduation to begin arriving Thursday.

The Columbia Visitor's Bureau said the annual spring weekend draws in thousands of visitors, and extreme congestion downtown and on major roads should be expected.

Several construction workers told KOMU 8 News they still plan to work the remainder of the week despite the increased amount of visitors.

Workers on Ninth Street, which has partially been narrowed to one lane for numerous weeks, said they are hoping to move construction to the other side of the project by Friday. Workers said this will hopefully allow steady traffic in opposite directions on Ninth Street for the majority of the weekend. The site is the home of a future student housing complex.