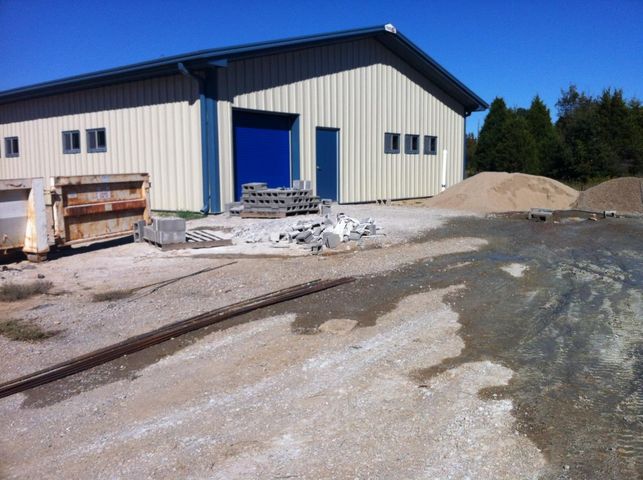 FULTON - Dozens of animals in Fulton will be able to call a new shelter home in the coming months. However, the wait may take longer than expected.

Animal Control Supervisor Tina Barnes said it will be worth the wait.

"It's going to be more updated, a nicer facility for the animals and for us to work in and just more friendly," Barnes said. "We're going to be able to double our number of cats and just about double the amount of dogs we can hold at the new shelter."

Since the groundbreaking ceremony last March, the shelter has had to overcome a few setbacks. In May, construction was delayed when bids to complete the project were more expensive than the city had anticipated.
In the past month, heavy rains left puddles inside the building and caused issues with the insulation.

"When the building was put together there were a few areas that we identified that we thought we could see light through and those areas chose to leak," Fulton City Engineer Greg Hayes said. "When we had a storm about a month ago, the wind was blowing and it actually blew some moisture up underneath some of the panels that were out here."

TS Banze Construction Inc. has been working on the exterior of the building and repaired the roof issues after they were identified. Hayes said the contractors responsible for the roof were eager to fix the problem once it was identified.

"They knew it was something that had to get fixed," Hayes said. "They were just glad that we didn't get too far into the project before it was identified."

The city of Fulton is acting as the general contractor for the interior of the building and is responsible for completing the rest of the project.

"The next step is to stud out all the walls, we have to get the walls in so then we can start getting the plumbing in, the electrical system in as well as start thinking about the heating and cooling system," Hayes said.

The current Garrett Animal shelter was a "temporary" solution to a growing problem that started in the 1990s. The space used to be the city pool and can house about 20 dogs and 10 cats at a time.

In addition to double the capacity, the new shelter will include more exercise space and a quarantine room for sick animals.

"We started recognizing the need for this four or five years ago," Hayes said. "We've been going through a two year fund raising effort for the building and we thought that once we had the building up that we could get another round of funding to help us and finish the building out and I'm sure that's working."

Despite eagerness to complete the project, it is unknown when the building will be completed.

"It's coming along, it's a little slow right now but we're making progress and so we'll be in it soon," Barnes said. "Sometime in the spring hopefully. Hopefully we'll get to move everything over and be open and operational by then."

The new shelter is off of Industrial Drive between Business Route 54 and Westminster Ave.