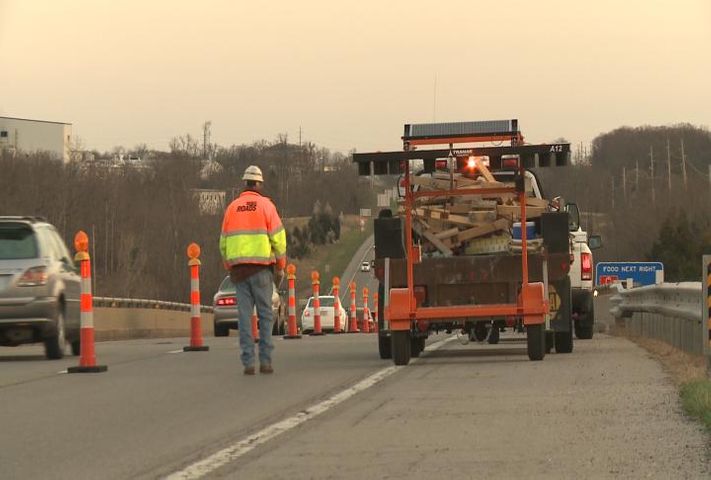 COLUMBIA - Maintenance work for various bridges on US Route 63 began Tuesday.  The project is one day behind schedule due to inclement weather Monday, when paint failed to stick due to the cold ground

There are ten total bridges involved in MoDOT's project.  MoDOT will take the bridges down to one lane of traffic while the decks of the bridges are rehabilitated in an effort to make the roads over the bridges smoother and to extend their life.

MoDOT construction worker Shane Viers said, "It's going to slow things down through here, so I would find an alternate route if you can. The northbound bridge is going to be 21 days, and it's the same thing there. It's gonna slow things down; we are cutting the capacity of the highway in half."

Work on the four bridges on Route 63 is expected to be done by mid-May.  The other six bridges will be finished by Fall 2014.

All bridges will remain open during work, with the exception of the Route WW bridge over Hominy Creek.  This particular project will shut the bridge down completely, but will a detour will be provided for drivers.