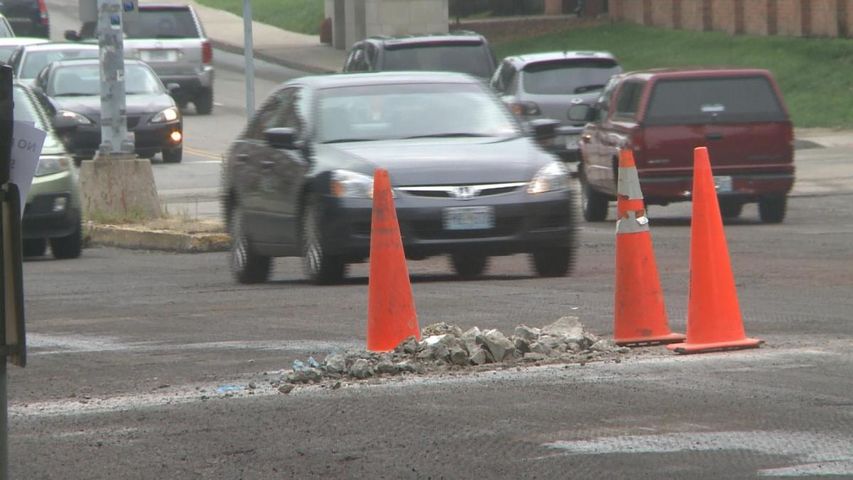 COLUMBIA - Downtown residents said Wednesday construction on Walnut has been making it hard to sleep this week.

Construction started Monday at the end of Walnut near its intersection with College Avenue. The road closed Monday night in order to begin annual pavement maintenance, according to Columbia Public Works Information Specialist Steven Sapp.

Residents at the Brookside apartments on College Avenue and Walnut Street said construction has continued past 11 p.m. Columbia City Code Chapter 16 details that construction shall not take place from 7 p.m. to 7 a.m. on weeknights. There are special provisions, however, for when construction could possibly affect traffic.

Sapp said a special permit has been obtained from the Director of Public Works to allow construction on Walnut Street to continue through the night. In June, downtown residents complained about being kept up at night during maintenance work performed by City of Columbia Water and Light.

"We do construction that requires closed roads at night, mostly to help with motorist convenience during the day, but also safety for our workers," Sapp said.

Brookside on College resident Josh Nibbe said it was especially hard to sleep during construction.

"I live on the first floor, so trucks were beeping and making noise right outside my window what seemed like all night," Nibbe said.

Sapp acknowledged that construction after 7 p.m. and before 7 a.m. may be inconvenient for nearby residents, but that it is necessary to keep the streets in good condition. He said construction on Walnut Street should be finished by the end of this week.