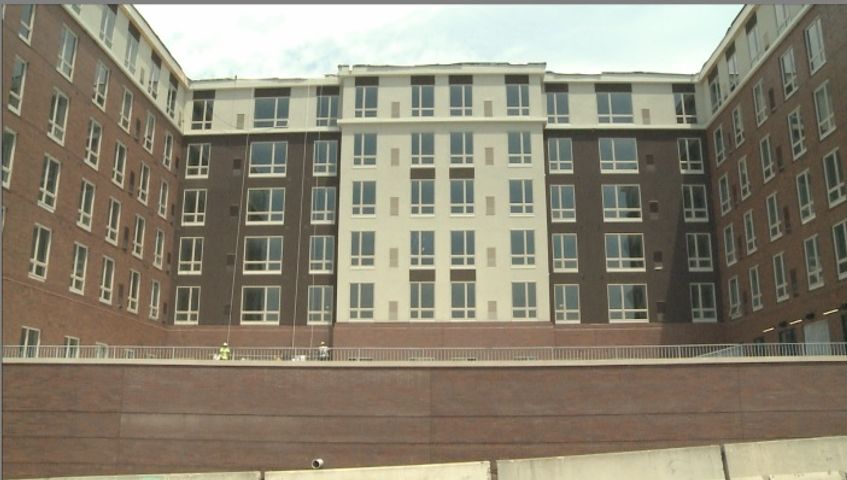 COLUMBIA - Three student housing complexes gave August dates as scheduled move-in days, but as of Tuesday, dumpsters and construction workers were still at all three.

District Flats, TODD Student Living and Lofts On Broadway had scheduled to open within the month.

The scheduled move-in day at District Flats, the controversial Opus Group project at the corner of Locust and Eighth streets, was Aug. 15.

Community Manager Kelly Williams said residents can begin moving in on that day, but District Flats was unable to comment about the status of the construction.

The student housing complex has 119 units with a total of 259 beds.

TODD Student Living, which is located on Conley Avenue between Fourth and Fifth streets, had a scheduled move-in day of Aug. 16.

Construction workers at TODD Student Living, which is a Collegiate Housing Partners project, said they expected construction to be finished by Aug. 14. That would be in time for students to move in on the scheduled date. Workers said they are currently working on painting.

KOMU 8 News tried to get in contact with management at TODD Student Living but was unsuccessful after several phone calls and emails.

TODD Student Living has 98 units with a total of 351 beds.

Lofts On Broadway is located at Broadway and Tenth Streets. It has 32 units and can house up to 36 residents.

Employees at the Lofts of Columbia said residents began moving in on Aug. 1, but they would not say what still had to be done to the building.

[Editor's note: This story has been updated to re-format the lead line.]