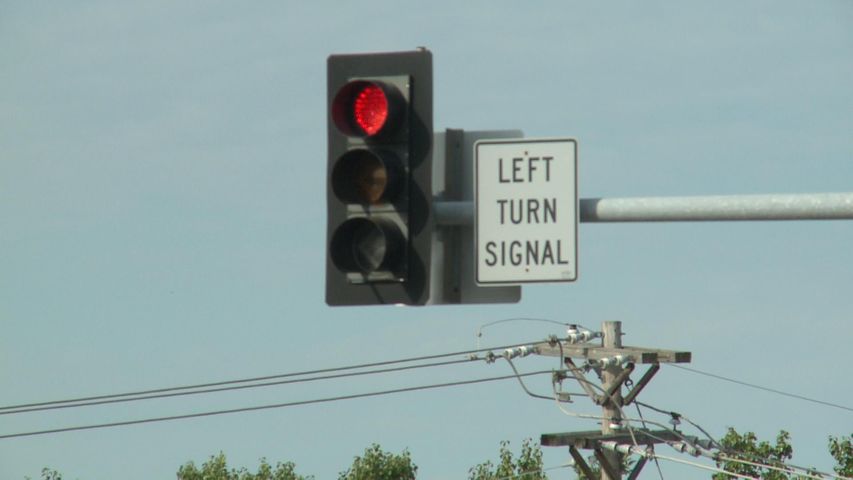 COLUMBIA - After nearly a month, Columbia is still not prosecuting violators of its red light cameras. The city quit issuing tickets in early November after the Eastern District Court of Appeals ruled the city of Ellisville's red light camera ordinance conflicts with state law.

Columbia changed its red light ordinance back in August to prosecute the owner of a vehicle rather than a driver of a vehicle. That change was prompted by an Eastern District Court of Appeals case of the City of Creve Coeur vs. Nottebrok in January 2012. The case ruled that ticketing the owner of the vehicle with a non-moving violation does not violate state law. However, this case's decision was contradicted in a later case by that same court. That decision in Edwards vs. Ellisville overturned its former ruling. As a result, Columbia has suspended its current red light ordinance.

"Our ordinance is very similar to theirs where we don't use a picture of the driver anymore," said City Prosecutor Stephen Richey. "We tried to make it almost like a parking ticket. You go after the owner of the vehicle, and because of that court case we decided to suspend our prosecutions."

Prior to the ordinance change in August, the city issued red light tickets based on a picture of the person driving the vehicle. A person would be charged with a moving violation and have points assessed to their driver's license. This ordinance complies with state law.

"Basically Missouri law says that municipal ordinances can't be in direct conflict with state law, and the state law regarding red lights only addresses charging the driver of a vehicle for violating the red-light statute," said Stephen Wilson, attorney at Murray Law Firm. "The court essentially found that no matter how you word it, they are prosecuting red light violations against the owner of the vehicle instead of a driver."

The Eastern District Court acknowledged that its most recent decision in the Ellisville case contradicts its ruling in the Nottebrok case. The Nottebrok decision was overruled as a result.

According to court documents in the Ellisville case, the Eastern District Court of Appeals said, "Our conclusion differs from our prior holding in Nottebrok, which held that a similar red light camera ordinance regulation 'presence' did not conflict with Missouri law governing the assessment of points for moving violations. To the extent our holding conflicts with our opinion in Nottebrok, Nottebrok is overruled and no longer good law."

Wilson said the city likely changed its ordinance in August because charging the owner of a vehicle is easier to prosecute and collect the fine.

"I think it's definitely, the change was made with the purpose of making it easier to prosecute, and probably also making it more likely that someone's going to just pay the ticket and not contest it because they, you know, they get the impression from the ordinance nothing is going to go on their driver's record, there's no points, you just pay the fine and it's done," Wilson said.

While prosecutions are suspended, so is the revenue. From 2010-2012 the city issued more than 4,000 red light tickets, which generated more than $100,000. The city has issued 1,137 tickets after this year's third quarter. According to the city's budget for fiscal year 2014, the estimated revenue from fines and court fees is nearly $2.3 million. While red light violations are just a small portion of this fund, Deputy City Manager for Columbia, Tony St. Romaine, said the prosecution suspension will have some impact on city revenue, but very minimal. However, the amount of revenue generated each year has continued to increase since the red light cameras were installed in 2009, except for this year - the same year that red-light cameras have been suspended.

Although tickets are not being issued the red light cameras are still taking pictures.

"The company is still gathering all that data, they're still forwarding it to the police department," said Richey. "They're just keeping it basically in a queue until we figure out what we want to do with all those that are based on the new ordinance."

If the Ellisville decision is dismissed, the city will be able to collect on the tickets that are now being set aside.

As long as the ordinance is suspended, the red light company, Gatso, is not being paid. St. Romaine said the company only gets paid a percentage based upon the number of paid violations each month. The company normally receives about $44 out of each $120 ticket.

"I mean if the ordinance that we currently have is found to be good law, then we'll pick right back up where we left off and issue summonses and pick up all those old cases," said Richey. "We're currently reaching out to other cities that are working on their ordinances to see if there is anything that they're going to do that we might be able to implement here."

Wilson said the case could possibly go to the Missouri Supreme Court since the Eastern District Court of Appeals' two decisions on red light ordinances contradict one another. In the meantime, Columbia is waiting for more clarity from a higher court before it makes a final decision.