Cooper Co. Pet Disappearances Could Be Linked to Pet Flipping 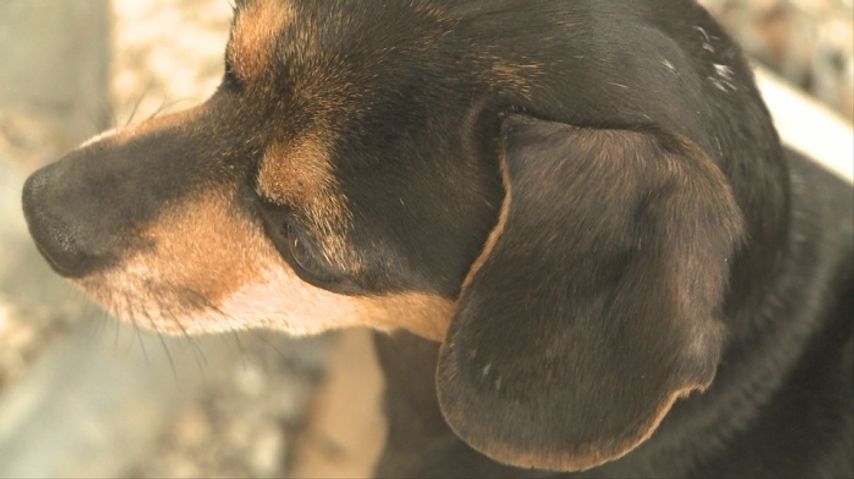 COOPER COUNTY - Sheriff Jerry Wolfe and a few other residents said the recent pet disappearances in Cooper County may be part of pet flipping. Pet flipping involves someone stealing a pet, giving it a new identity, and "flipping" or selling it on websites like Craiglist and Facebook.

Kasie Giannone, a resident in the Highway AA area, let her purebred bulldog Ava out, along with her other dogs on September 11, 2013. She said her dogs all returned later that night, all except Ava.

"Our other dogs came back at 9:30 at night which is just so unusual for them, so for them to be gone as long as they were, I feel like they knew something was happening," Giannone said.

Two weeks after Ava went missing, Giannone said she let her dogs out one morning and one of her dogs returned after what looked like having been shot. She said the dog had been shot in the head, but the bullet didn't strike through the brain. Giannone took the dog to the hospital and the dog survived.

Since then, Giannone has spent thousands of dollars trying to look for Ava and doing everything between making fliers and hiring psychic help.

She says she believes Ava became victim of a trending scam in Missouri.

"Pet flipping is nothing that I've heard of before. It was all new to me. It makes sense. All of these dogs are purebre," Giannone said.

Along with Ava, Cooper County Sheriff Jerry Wolfe said he'd gotten four other calls about missing dogs in the area near Giannone by the beginning of December.

"All the reports in that area are somewhat similar in that the animals were let out and then didn't show back up," Wolfe said.

Wolfe said even though people have only reported four missing dogs, both he and Giannone said they have heard of more than 10 missing dogs in the area.

According to the American Kennel Club, dog theft has increased significantly over the past four years with 255 dogs reported missing from AKC customers in 2010. Then there were 44 dogs reported in 2011, 458 dogs in 2012, and a 31% increase last year with 599 dogs.

TIME magazine reports this trend has quote "been reportedly on the rise in places such as Kansas City, St. Louis, and Indianapolis."

Wolfe said he's not ruling out pet flipping as a possibility for the recent pet disappearances here in Mid-Missouri as well.

"Either all the dogs are running, or somebody's grabbing the dogs for some purpose," Wolfe said.

Wolfe said he thinks people may have not reported other dogs missing because they may not think it's a crime.

Both he and Giannone said finding the dogs won't be easy.

"This is one you can't fix immediately, or even know where to start. These dogs have just poofed. Vanished. There's really no where to start," Giannone said.

"Right now we still have a few leads we're working in regards to these," Wolfe said.

The American Society for the Prevention of Cruelty to Animals, or the ASPCA, provides some tips to prevent pet theft and advice when looking for missing pets.

Giannone says she isn't giving up.

"Every second of every day, Ava's on our mind. Every field we pass, every road we drive down, every situation we're in try to speak about her just to inform people as much as we can that this still is happening," Giannone said.

Wolfe encourages anyone who might be a victim of pet theft or knows anything about the missing pets to report it to law enforcement.