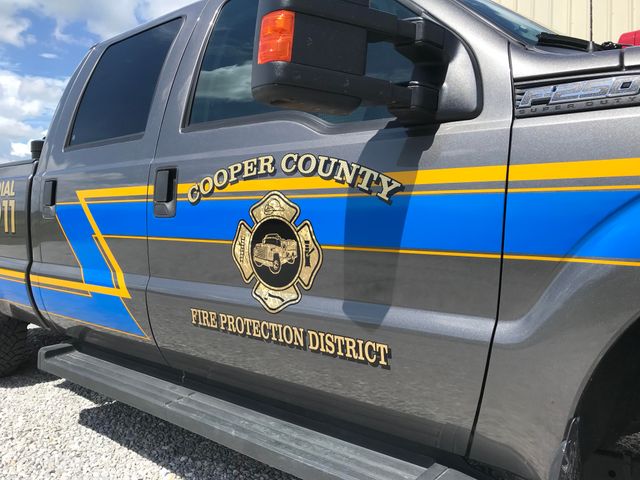 LONE ELM – The Cooper County Fire Protection District dedicated one of its newest stations Sunday to the woman who gave them the land to develop on.

Emily Niebruegge gave the two-acre plot to Cooper County in 2017. They began clearing the land later that year, and construction was finished in June of this year.

Fire Chief David Gehm said he was shocked when Niebruegge told him she wanted to donate her land to the county.

“We were going to get it appraised, and start negotiating there, but then she said, ‘No I think I just need to give it to you,’” Gehm said. “I haven’t been speechless too many times, but she definitely got me.”

Niebruegge couldn’t be at Station 6 when it and one other station opened in late May, so they waited until Sunday to dedicate it to her so she could make an appearance.

“Emily came through for us. She’s been wonderful,” Gehm said.

Aside from Niebruegge’s generosity, a 2016 bond issue also made Station 6 possible. That bond gave CCFPD $1.88 million, which they used to get new equipment and trucks.

Niebruegge wasn’t the only guest at Sunday’s dedication. State Rep. David Muntzel, R-Boonville, was in attendance to talk about the station’s new features, like the helicopter landing pad.

“We hope they never have to fly in here for an emergency, but it only takes one to make it worthwhile. Maybe someday that will happen and we’ll be glad that we have this,” Muntzel said.

MU Health Care’s Staff for Life helicopter flew-in to the new helipad and delivered a wind sock to the station for safer landings. Elizabeth Messer, a flight nurse with Staff for Life, emphasized the helipad’s life-saving capabilities.

“We have something set up already that we know is safe,” Messer said. “That impact is so significant because it gets us to the patient more quickly.”