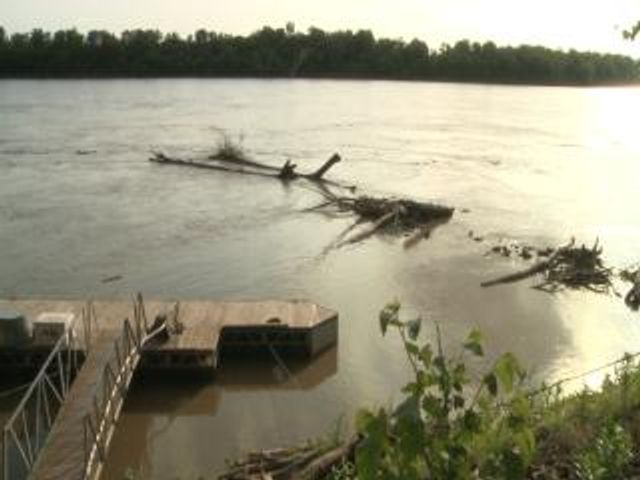 BOONE COUNTY - Cooper's Landing cancelled its music show Monday evening because of rain earlier in the day. However, it was a bit of a false alarm because it turned out to be a sunny, lazy afternoon.

"We cancelled the music tonight because of the rain this morning. But we kinda wish now we hadn't. But, hey, it's alreay cancelled," said Dale Davis of Florida. Davis said he is a friend of Mike Cooper's who helps him out every summer.

Between 800 and 900 people showed up for popular musical acts over the holiday weekend. But the crowds and campers were nearly all gone by late Monday afternoon.

Davis recalled several floods over the past 20 years that flooded up to the porch and, in one case, up to the top of the doorway at Cooper's Restaurant. But only a little agitation of the river's waters gave any hint of the earlier rains Monday.