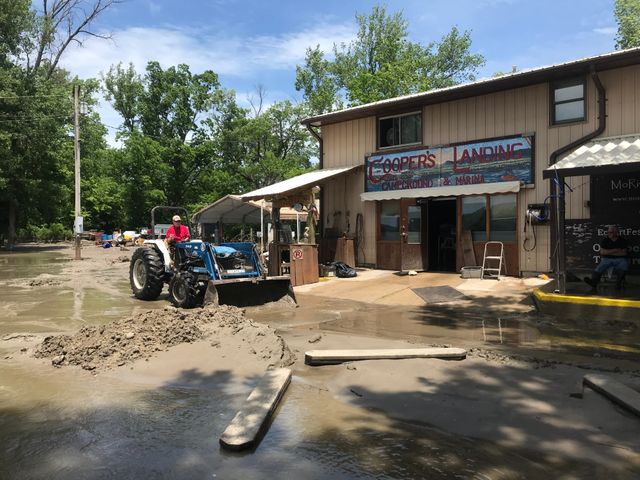 BOONE COUNTY - Workers and volunteers began cleaning up Cooper’s Landing Saturday after recent flooding forced them to close down their campground, marina and restaurant.

Both roads leading to Cooper’s Landing are closed and access is cut off through the weekend due to high water.

More than four feet of water has engulfed the land, bringing in mounds of sand, dirt and mud.

Volunteers were only able to access the area Saturday by truck and boat to begin the long clean up process.

John Brady spent his day off volunteering to clean up the campground. He was surprised to see the extent of the damage.

“The damage is pretty incredible. There are many many tons of sand hiding the damage that has been done to the roads and the river bank,” Brady said.

Despite the extensive damage, Brady is hopeful Cooper’s Landing will be able to open again in just a few weeks if the river levels continue to recede.