Cooper's Landing has new plans to repair after flooding 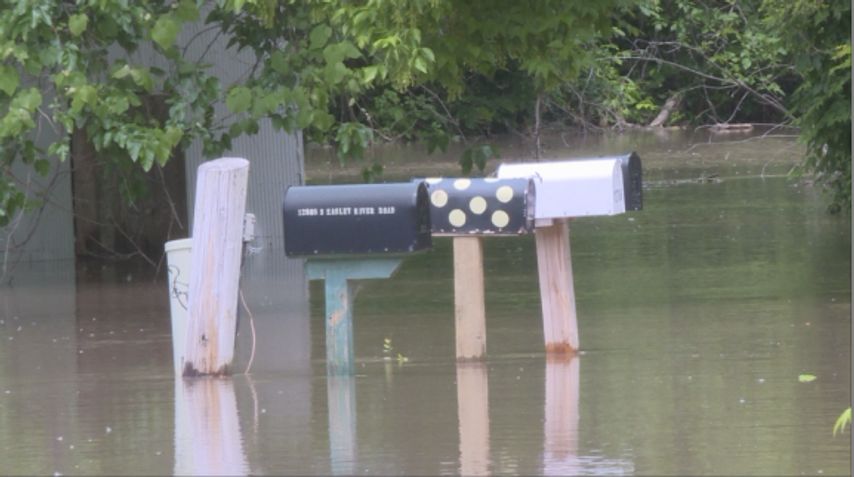 "We're going to have to do some repair work before we can open for business," Vanessa Leitza said.

She said she hopes for the campgrounds and marina facility's sake, the rain that could possibly hit the area later this week moves south of the area.

Leitza said the Missouri State Park system is currently allowing displaced residents from Cooper's Landing to stay in their campers for free until the flood waters go down. All those staying in their campers in the area should present a letter from their original campground or landlord.

She said they are all scattered around town, but staying in touch.

"One really nice person donated an apartment for a couple of our guys so they have a safe dry place to stay for as long as they need it," she said. "But it's complicated and stressful on them. They aren't used to not having their stuff around them."

Leitza said the woman saw the posts on the Cooper's Landing Facebook page.

For those interested in seeing the area, the staff of Cooper's Landing urge everyone to check the Facebook page for any pictures or updates.

"There is no safe way to Cooper's Landing. It's super dangerous to try to get in those flood waters whether you're driving or kayaking," she said.

The new owner of Cooper's Landing, Richard King, said he's planning some exciting renovations after the area is cleaned from the flood waters.

He said he hopes to update the bathrooms by adding showers, and also updated their liquor license to include wine.

"Just gather some input from people that I've known that hang out down there, who have boats and stuff like that, and get their general opinion about the place," King said.

"I just hope that I can come through with the improvements as soon as we get a hold of the situation down there," he said by phone. "Just make it a fun place and user-friendly."