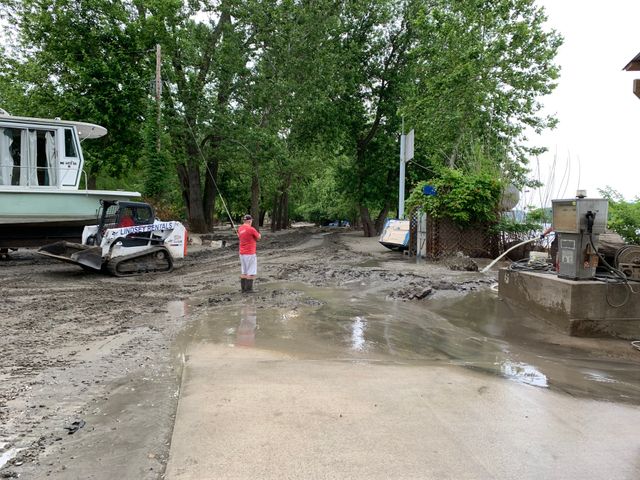 COLUMBIA - Cooper's Landing is projected to partially reopen in time to celebrate July 4th. Flood clean up efforts are underway, but one employee said it's overwhelming.

"If you look around, there’s so much to do everywhere," Autumn Leitza said. "We're relying on a lot of skilled laborers right now as far as using the heavy machinery to get everything going and clean up the mud from everywhere."

She said all of the mud and sand is the top concern right now.

"We know people love Cooper’s Landing, but we didn't realize how many people would come together to help us get back in business," she said.

Vanessa Leitza said the current clean up is "back-breaking" work, but she will post on Facebook when the business is ready for outside volunteers, which will be in the next week or two.

"Music definitely and then snacks, beer, wine and food," she said.

Cooper's Landing will decide day to day whether to allow camping.

"We're hoping by August everything will be restored back to its wonderfulness, and we'll be good for the public to come in as they wish.”

Autumn Leitza said, overall, the flooding has shown management and employees the positive impact a united community can have.

"People want to keep this little, you know, 'slice of heaven' open as long as possible," she said.