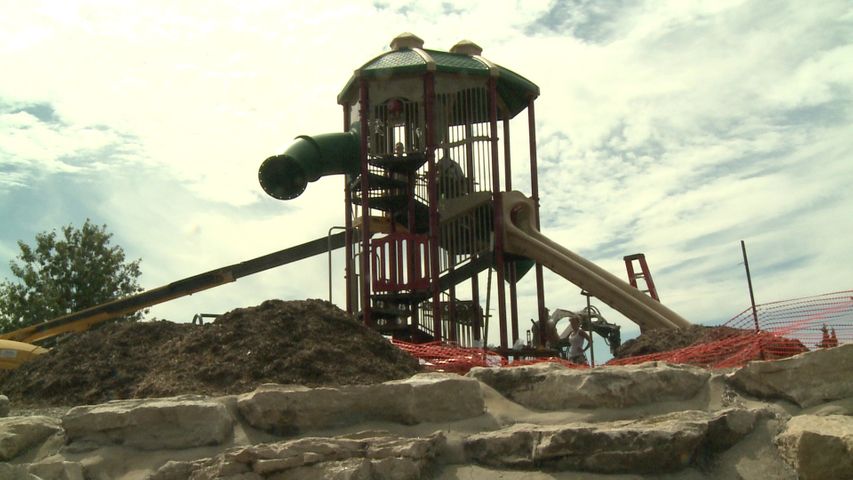 COLUMBIA - Construction crews worked Thursday to rebuild the playground at Cosmo-Bethel Park, which was heavily damaged in a fire this summer. Columbia senior parks planner Mike Snyder said he hopes the playground will reopen by this weekend.

On the evening of July 26, the Columbia Fire Department responded to a small outside fire. Upon arrival, they discovered a large piece of playground equipment was on fire. Although firefighters put the fire down in about three to four minutes, a large section of the playground was heavily damaged. The city put a fence around the area in an effort to keep children from playing on the equipment.

Thursday the Fire Department said the offical cause of the fire remains undetermined. Though it is an open case, all current leads have been exhausted. However, in July, Battalion Chief James Weaver told KOMU the fire was caused by "smoking material" dropped by someone nearby. The material likely caught cedars on fire, which then spread to the nearby playground.

Snyder said the original playground equipment cost about $43,000 and was approximately five years old. Despite inflation, the city was able to work with the supplier to replace the equipment for the original price.