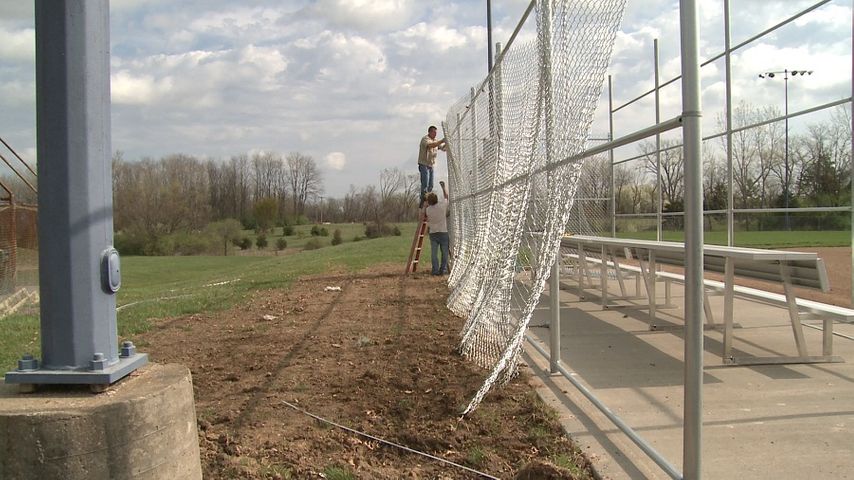 COLUMBIA - Two proposals for more renovations of Cosmopolitian, or "Cosmo," Park will be introduced to Columbia City Council Monday night.

The first addresses the need for lights on the youth football and lacrosse fields. Currently, the players of the Columbia Youth Football League and the Mid-Missouri Lacrosse League are unable to practice after dark. "With it getting hotter and summer approaching, it'd be nice to have lights so the players can practice at night when it's cooler," Park Supervisor of Golf and Sports Gabe Huffington said. The total project cost of $150,00 and would be funded by the 2010 Park Sales Tax. With the new lights may a utility bill increase of about $5,000 but the Parks and Recreation Department expects some of the costs to be offset by groups renting the field.

The Parks and Recreation Department is also requesting the city council approval to install two additional restrooms to the park. The first would be located near the front of the park, providing restrooms to the football and soccer fields. Portable toilets currently serve as the players' restroom facility.

The proposed second restroom would include space for a seasonal concession stand. The estimated cost of the two restrooms is about $138,000, which exceeds the budget of $125,000.  The Columbia Youth Football League has shown interest in operating the concession stand in exchange for concession rights and is willing to donate $15,000 to the cause.

The park is currently undergoing renovations to the Rainbow Softball Center located within the park. The project led to the replacement of the ballfield fencing, player benches, scoreboards, fence poles, and dugout materials. "The center was 28 years old. It was time for renovation," Huffington said. The total cost of the Rainbow Softball Center improvements was about $274,000 with $250,000 coming from the Recreation Services Fund and $24,000 from the Columbia Visitor's Bureau's Tourism Development Fund.

Huffington expects the softball center construction to be mostly completed by summer when softball begins.

If the Columbia City Council approves the requests, the construction will begin in late summer.