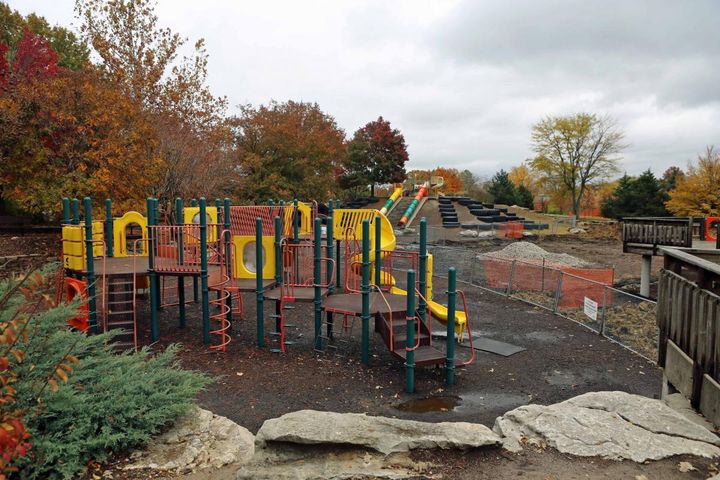 COLUMBIA - The Steinberg Playground at Cosmo Park will be the first in Columbia that exceeds federal disability access standards once a renovation gets done next summer.

Project manager Matt Boehner said the renovation revolves around facility programming called "Inclusive and Universal Play," which aims to create an equal opportunity for children of all sizes and abilities to participate.

This two-acre playground is more than 20 years old. The new design will provide accessible pathways, which would take kids through areas with different themes, such as dinosaurs.

The different playground features will have ramps and transitions that allow children with wheelchairs to access the equipment. Merry-go-rounds will have varying heights so a person with a wheelchair can actually get on board with back support.

"That's considered inclusive play," Boehner said. "It's not just designed for the wheelchair, because if you design something just for people with wheelchair, then the kids who don't have disabilities really don't want to play on that equipment."

The city identified areas that would work best to meet the standards of the Americans with Disabilities Act (ADA), Boehner said. It was important to install wheelchair-accessible surfacing that works best within the city budget, he said, while working with the different slopes in the playground.

"The playground does drop 60 from one side to the other, so we have to be very careful," he said.

ADA advocate Troy Balthazor said, "When it comes down to the playgrounds, there are certain standards to the amount of accessible equipment that's required. But also, a big part of it is its surfacing. They call it impact attenuation. People not only need to be able to roll across, but also it creates a softer surface when children fall."

The current playground is equipped with a mulch surface that makes it difficult to roll a wheelchair. Balthazor said mulch is not compliant with the ADA, though it costs less initially. The cost does go up in time, however, with more maintenance and fill-in required.

"If the new standard is met, absolutely, you are going to see drastic decreasing injuries for all kids," Balthazor said. "You are also going to see usable environments for the long term that don't need maintenance all the time."

The playground renovation cost $518,000 and the Columbia Disabilities Commission contributed $18,000.

"By dedicating these funds toward the Cosmo playground renovation project, our expectation is that this will be accessible to all children, regardless of their abilities," said Adam Kruse, the City's staff liaison for the Disabilities Commission.

Complete plans are available on the city's park department website.