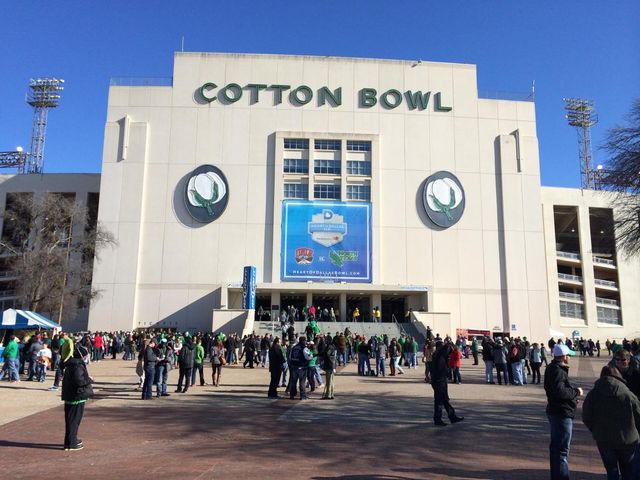 DALLAS - Mizzou's game at AT&T Stadium on Friday isn't the only bowl game in Dallas. The iconic Cotton Bowl Stadium, which hosted the Cotton Bowl Classic the last time Missouri played in it, held the Heart of Dallas Bowl today.

The Cotton Bowl Stadium was built in 1930. It sits in the middle of the Texas state fairgrounds, surrounded by rides and other attractions. While it doesn't have the ammenties and features of newer stadiums, it has a history that can rival any sporting venue in the nation.

"This is my second game here on New Year's Day," said North Texas fan Scott Murphy. "I saw Colorado play, it was a great time."