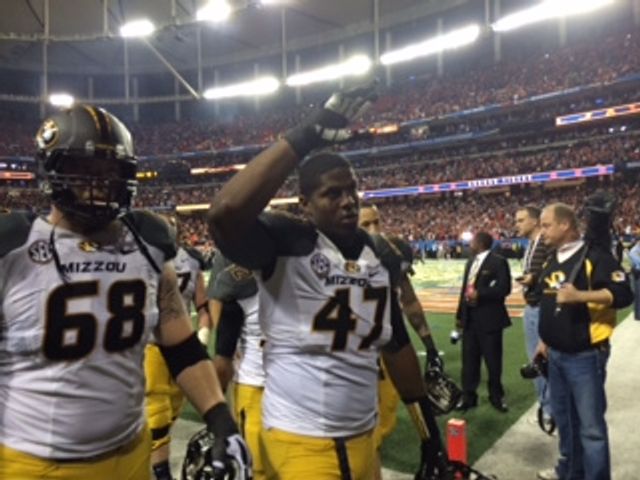 COLUMBIA - Tickets for a chance to see the Missouri Tigers play in the Cotton Bowl went on sale Monday at noon.

The No. 8 Missouri Tigers football team will play the No. 13 Oklahoma State Cowboys.

Tiger fan and former Marching Mizzou member Sherri Redmon said she was able to pre-order six tickets to the bowl, because she is a Tiger Scholarship Fund Holder.

"My dad is taking my sister and I as a part of our Christmas present," Redmon said. "Then we are hooking up with some people who actually live down in the Fort Worth Area, and they are going to go with us so we can all sit together an cheer for Mizzou."

The Tigers finished the season with a record of 11-2 after losing the SEC Championship Game Saturday.

Tickets can be purchased online at mutigers.com/buytickets, or by calling 1-800-CAT-PAWS.

It is not the first time the Tigers have played in the Cotton Bowl. In 2008 they blew out Arkansas 38-7.

It is the Tigers 30th all-time bowl appearance, and it is Gary Pinkel's ninth bowl as head coach.